Can you blame him? WWE has kind of a weird setup with all of its rosters as both Monday Night Raw and SmackDown are seen as the big leagues, but NXT is on for two hours a week in prime time on the same network as USA, but is seen as the minor league show. Officially that is what it is, but not some of the main roster wrestlers are more interested in heading there than sticking around the main roster, including one NXT legend.

One of the worst fears for an NXT fan is to see a wrestler called up and having nothing to do on Monday Night Raw or SmackDown. For some reason, this happens far too often and they are left in limbo. This isn’t just the case for an NXT wrestler though as sometimes it happens to wrestlers who have been on the main roster for a long time. That is the case with one former NXT star and now he has been trying to head back down, albeit to no avail.

According to the WrestleVotes Twitter account, former NXT Champion and SmackDown star Aleister Black recently requested to be sent back to NXT but was turned down. This comes as Black has not wrestled a match in over a month and has not won a match since July. The story came out the day Black’s wife Zelina Vega was released from the company but the two stories are not thought to be connected.

There’s a bit more behind the scenes to the Zelina Vega release. Frustration from both sides is an understatement. While it can’t be directly tied to today’s news, Aleister Black recently requested to move back to NXT and was denied. Dissension amongst the parties involved.

Black could be a big deal in either place. Check out his time on the main roster and in NXT:

Opinion: I can’t say I’m surprised by any of this as Black is someone who has been left off of television for a good while now for no apparent reason. Why WWE would not want to use him is beyond me and NXT has been desperate for some star power for a long time. WWE has a lot of people on its roster and it is astounding to me that they cannot find something for Black to do. Hopefully he sticks around, but more hopefully he actually gets back in the ring at some point, because he’s too good to let slip away.

What should Black do? Where will he wind up next? Let us know in the comments below. 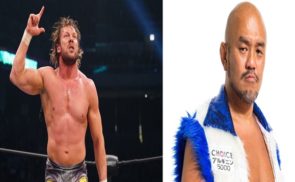 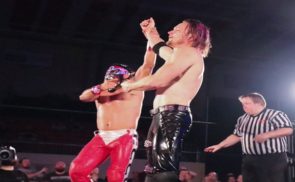 Independent Wrestling Star Appears To Have Signed With NXT