Independent Wrestling Star Appears To Have Signed With NXT

One more on the roster. WWE is a rather powerful wrestling company which can do a lot of good things with what they have. Their status and financial resources are very alluring to a lot of wrestlers and it is not surprising to see a lot of wrestlers wanting to be brought to the company, even if it means that they are going to be in the NXT developmental system. Another wrestler is likely to be doing just that.

While it is still the official minor league of WWE, NXT is quite the destination for a lot of wrestlers. The weekly television show is broadcast on national television every Wednesday night and the promotion features a heck of a lineup with some of the top independent wrestlers in the world having walked through the doors at one time or another. Now NXT might have picked up another name.

According to the Wrestling Observer Newsletter, independent wrestlers Alex Zayne is believed to have signed with WWE. This comes after Zayne has wrapped up his independent dates and has not announced any others. Should Zayne sign, he will be part of the new Performance Center class likely including Ben Carter and all three members of the Radicalz, though none have been confirmed to be signed. Zayne has wrestled for Ring of Honor, New Japan Pro Wrestling, Impact Wrestling and several independent promotions.

Zayne is rather talented. Check out what he can do in the ring:

Opinion: I haven’t seen very much of Zayne but he has been impressive in the limited work I have caught. It is a smart move to have WWE bring in wrestlers who have performed around the world as they are going to be able to do some different things in the ring. Zayne is someone who can offer just that and hopefully it is the kind of thing that is going to help make NXT even better.

What do you think of Zayne? Who else should be brought into NXT? Let us know in the comments below. 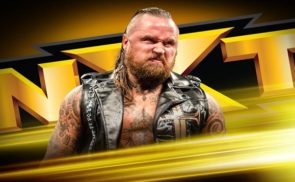 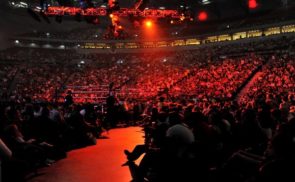 WWE May Not Bring Back Live Events After Coronavirus Pandemic