That’s one more on the roster. AEW is still a young promotion but they have come a long way in the time they have had. One of the most alluring things about them is giving younger wrestlers a chance to showcase themselves on the big stage. That is not something a wrestler is going to instantly be able to do under the WWE banner and now someone else is going to get a chance in AEW.

The AEW women’s division has been one of the more interesting parts of the company’s growth. After a somewhat sluggish start, the division has found its footing and started to get a lot better in a hurry. The division has a variety of talent and several of them seem like they could become breakouts tars in a hurry. Now we know who the next potential star in the company might be.

AEW has announced that Jade Cargill has officially been signed to the company. Cargill made her debut on this week’s edition of Dynamite, interrupting a Cody Rhodes segment. She said that she knew a giant and referenced Shaquille O’Neal and was then yelled at by Brandi Rhodes. Cargill has a background in fitness training and played college basketball at Jacksonville University.

It was a big debut. Check out how Cargill got started:

Opinion: I’m not sure what to expect from Cargill but she started off in a big hurry this week. Cargill does not seem to have the biggest background in wrestling but someone in AEW has seen something in her so maybe we are in for a surprise. AEW’s women’s division has come a long way in a short amount of time and hopefully they have another success on their hands here.

What did you think of Cargill so far? What will she do next in AEW? Let us know in the comments below. 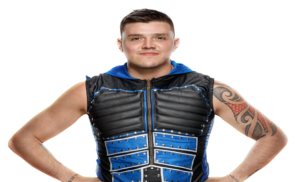 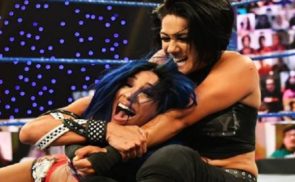