They aren’t done yet. One of the saddest and most shocking stories of the year was the death of AEW’s Brodie Lee, possibly better known as Luke Harper in WWE. Lee (Jon Huber) passed away last weekend at 41 years old, sending quite the shock throughout the wrestling world. Tributes have poured in since and now we might not even be done with one of the biggest of them all.

While Lee was working for AEW when he passed away, he was best known for his time in WWE. As a result, this week’s edition of Monday Night Raw featured a variety of tributes to him, both from the company and the wrestlers themselves. Some of these were more overt than others, but there was something missing from the broadcast. Now that may be changed in the near future.

According to Fightful.com, WWE has filmed a tribute video to Lee, though it is not clear when or where the video will air. This is in addition to filming various statements from wrestlers in Lee’s memory. WWE paid tribute to Lee with a graphic at the beginning of the show, followed by various wrestlers using his catchphrases and signature moves throughout the night. The graphic was the only formal tribute made.

Opinion: I know some people were annoyed at the lack of a video but it should be noted that the news of Lee’s death came late Saturday night. A video like that can take some time to put together so it just might not have been ready in time for Monday Night Raw. WWE did not do much as a tribute, but there is a big difference between acknowledging his passing and making no reference to it whatsoever. I’d like to see the video, but WWE not having one less than two days after the news broke is not a sign of them not caring. 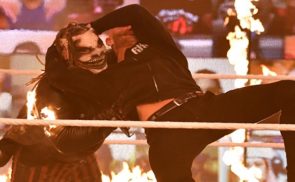