That’s a great thing to see. One of the saddest stories to take place over the course of the year has been the death of Jon Huber, better known as Luke Harper or Brodie Lee. Huber passed away earlier this month at the age of 41 from an unspecified lung issue. The news stunned the wrestling world but Huber’s family has a long way to go. A wrestling legend is doing something to help things out a bit.

Wrestling merchandise is one of the most common things that you will see among fans. Almost every wrestler has some sort of merchandise available and you can know some wrestlers’ shirts and gear from miles away. There are a few truly iconic shirts and logos in the wrestling world and now one of the more famous wrestlers of this generation is trying to help Huber out a bit.

Pro Wrestling Tees has announced that CM Punk has agreed to donate any proceeds from his merchandise at their store over the next month to the Huber family. Punk and Huber wrestled against each other dozens of times in both singles and tag team matches, including Punk teaming with Daniel Bryan against Harper and Erick Rowan at Tables, Ladders And Chairs 2013.

Cm Punk has informed us that all proceeds from any of his https://t.co/XoKLvEqPwu merch sales for the next month will be donated to Brodie Lee's family. Thank you @CMPunk ?? pic.twitter.com/yJD2pzuUD4

Opinion: That’s pretty cool of Punk and something that could help Huber’s family quite a bit. If nothing else, how many more fans are going to buy merchandise just to help things out? Huber’s death shook things up quite a bit and it is hard to fathom that someone who was a champion in AEW just three months ago is now gone. That is such a horrific thing to hear and hopefully it is not something that has to happen again anytime soon. 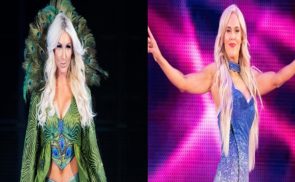 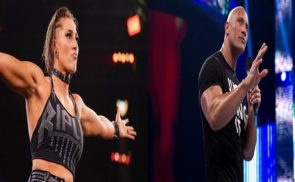