WWE May Be Planning An Interesting Shane McMahon WrestleMania Match

What could have been. We are about two months away from WrestleMania 38 and that means the card is going to start to take shape in the near future. Depending on your taste, that could be very good or very bad news, as WWE’s choices for the matches could be all over the place. There are some names you can almost guarantee seeing though, and now we know what WWE was thinking at one point.

Last weekend, WWE presented the 2022 Royal Rumble, which featured the return of Shane McMahon in the show’s main event. According to Wrestling Observer Radio, McMahon was originally scheduled to be part of the upcoming Elimination Chamber event in Saudi Arabia, which would have set up a WrestleMania match with Seth Rollins. While neither are set to be involved in the Elimination Chamber match at the moment, there is still a chance that the Rollins match could take place.

Opinion: I don’t know if this match is going to take place, but given that Rollins had been rumored for a spot in the WWE Title match at WrestleMania, facing McMahon, who only pops up for something like this, is not exactly a promotion. The match would likely wind up being exciting, but it isn’t something I’m exactly inspired to watch. McMahon tends to get a match like this more often than not though, and given how trimmed down WWE’s roster has been, he is someone WWE could use in this situation.

What do you think of the match? Do you think the match will take place? Let us know in the comments below. 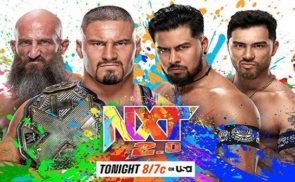 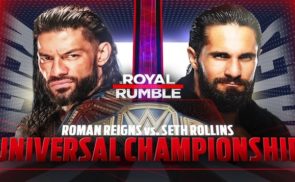