The next generation. There is something special about having a second (or even third) generation wrestler get in the ring. It is a special situation where the younger wrestlers have a built in advantage over first generation wrestlers, meaning they can hit the ground running a little bit faster. That can make for some cool moments, and we might be in for another one this week.

The late 1990s/early 2000s saw a resurgence of tag team wrestling in the WWF and that came from a trio of teams. Edge and Christian, the Hardy Boyz and the Dudley Boyz all turned into some of the best tag teams the wrestling world had ever seen and dominated the tag team scene for years. Some of them have since retired, but now one of them is going to see his sons get in the ring.

AEW has announced that the tag team TNT will be facing the Chaos Project during this week’s edition of Dark. TNT is the team Terrence and Terrell Hughes, the twin sons of WWE Hall of Famer D-Von Dudley. The team also appeared as security guards on the September 11 edition of SmackDown earlier this year and also appeared with Dudley during his time in Impact Wrestling. There is no word on if Dudley will appear on the show.

Very proud of my sons! Get ready boys, your time is now! Oh My brother Testify! Let the legacy continue! https://t.co/bonXK0WrMH

The two have been around before. Check out the two in one of their brief appearances:

Opinion: Cool. This is the kind of thing that you don’t get to see very often and I can’t imagine how proud Dudley must be to see his sons in this kind of a position. Not everyone is going to get to see this and it is even more fascinating to see a legendary tag team wrestler have sons in a tag team as well. It might not be the most competitive match, but getting a spot like this is a lot further than several wrestlers get.

What do you expect from the team? Who is the best second generation wrestler? Let us know in the comments below. 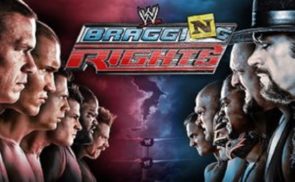 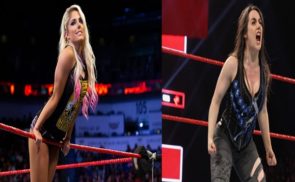