This show has been getting a little bit better as a result and that is a good thing to see. Things have started taking a familiar but still somewhat new direction and hopefully we get to see a good show this week again. I’m not sure what that is going to entail, but the former Evolve guys are at least something new. Let’s get to it.

They lock up to start with Mansoor taking him to the ropes for a shove. An armbar works a bit better on Adonis but he gets caught in a front facelock. Adonis grabs a flapjack but gets knocked off the top for the crash to the floor. Mansoor’s dropkick through the ropes connects for two back inside as the pace has picked up.

Back in and Mansoor grabs a front facelock of his own and they even tease a knockout for a change. That’s broken up with a faceplant and Adonis hits a heck of a dropkick. A high crossbody into a kick to the head sets up a small package for two on Mansoor but he catches Adonis on top. The electric chair Death Valley Driver finishes Adonis at 8:06.

The future is now:

Santos Escobar says next week is the 205th episode of 205 Live so we’ll be seeing a five way match for a future Cruiserweight Title shot.

Nese drives Grey into the corner to start and it’s Daivari coming in for some loud chops. Stallion comes in off a blind tag though and it’s time to work on Daivari’s taped up elbow. A double stomp to the chest gets two on Daivari but Nese gets in a cheap shot from the apron to take over. Daivari’s neckbreaker gets two and Nese blasts Stallion in the face for two more.

Stallion grabs a small package for two though and rolls straight over for the hot tag to Grey. House doesn’t get a chance to be cleaned though as Nese gets in a shot from the apron and the Lionsault connects for two. Daivari suplexes Grey but pulls him up at two. Nese’s chinlock keeps Grey down and Daivari’s follows, though it doesn’t work so well.

Nese splashes Grey on the back and puts on a bodyscissors Grey, who elbows his way to freedom. The hot tag brings in Stallion to clean house and everything breaks down. Stallion gets sent outside so Grey has to fight both of them at once, which actually works for a change. Back up and Stallion hits a heck of a suicide dive to drive Daivari into the announcers’ table. Nese sends Stallion hard into the steps though and he heads back inside, only to get rolled up for two. The kickout sends Grey into the ropes, where Daivari gets in a cheap shot with a foreign object to give Nese the pin at 12:57.

Let’s see what they have: 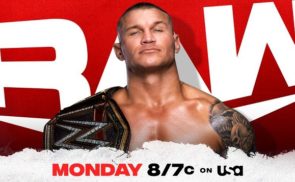 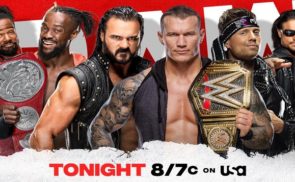