It had been previously reported that WWE was planning to move out of its Performance Center and over to the Amway Center in Orlando, in order to perform its live shows during the Coronavirus pandemic. The company has made this move official, with the announcement of “WWE ThunderDome.”

With the debut of WWE ThunderDome, WWE will take residency at Amway Center in Orlando and virtually bring fans into the arena via live video on massive LED boards, in conjunction with The Famous Group and its proprietary technology, for every Monday Night Raw, Friday Night SmackDown and WWE pay-per-view event. Starting tonight, fans can register for their virtual seat to be part of upcoming shows via www.WWEThunderDome.com or at WWE’s Facebook, Instagram or Twitter pages.

WWE’s Amway Center residency will continue for the foreseeable future and Raw, SmackDown and pay-per-view programming will be produced on closed sets with only essential personnel in attendance. WWE will continue to administer its health and safety protocols for talent, crew and employees in conjunction with each production, including PCR testing for COVID-19, social distancing and wearing masks.

Moving out of the Performance Center may be a good idea for now. Check out what’s been happening there over the last couple of weeks:

This is a great move for WWE and a very smart idea. Having fans watch virtually has been the trend in sports as of late, and it has been seen in the NHL and NBA playoffs. The company is continuing to recognize that they need to produce content and figuring out how to do it with at least some fans in attendance, although it is virtual, is a wonderful thing to bring the people back to the action as best as they can! 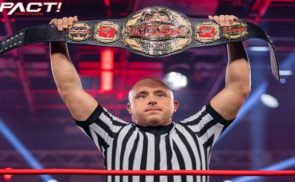 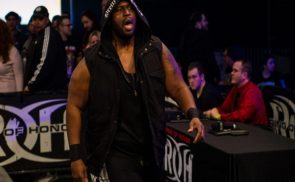