There’s a reason for that. We are less than a week away from Survivor Series and yet WWE is still making changes to the card. That might seem like a bit of a stretch with so little time to go, but they still have time to change things up and make the card that much better. They are doing just with one of the bigger matches on the card and now we know why they are making these moves.

This week on Monday Night Raw, WWE made a pair of changes to the women’s Raw Survivor Series team. They were quite the surprise changes as they came with less than a week to go before the show. Over the course of the show, two women were removed from the team and two new names were added in their place. The changes were made for a good reason and they are tied together.

Both Mandy Rose and Dana Brooke have been removed from the Survivor Series team, with Peyton Royce and Lacey Evans being named as their replacements. According to Wrestling Observer Radio, Rose was removed due to a shoulder injury she sustained the previous week. Brooke was replaced as there was no reason to have her involved in the match without Rose, who is Brooke’s regular partner.

It was an eventful night. Check out what got rid of the two of them, plus what the replacements had to say:

Opinion: I can understand the idea of switching out Rose, but it doesn’t seem to be the best sign for Brooke if she isn’t worth putting out there without her partner. It’s not like Royce and Evans are that far ahead of her and I’m not sure what it means for either of their futures. Brooke and Rose should be fine as a regular team whenever Rose is back, but they aren’t in the best places on their own, which is kind of shame given how hard they seem to have been working.

What do you think of the team? How will they do on Sunday? Let us know in the comments below. 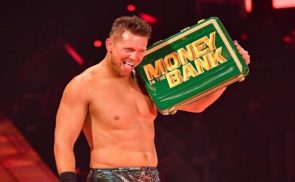 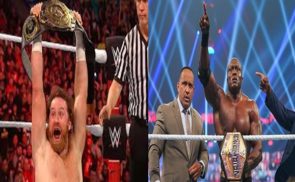 Survivor Series Title Match To Be A Squash