Don’t count on it. There are certain wrestlers in the world who feel like bigger stars than others. Even with those wrestlers, there is one above the rest of them in the Rock. It is amazing to see how far he has gone both in Hollywood but he still does pop up in wrestling every now and then. That has been rumored for an upcoming major show, but that does not seem likely.

According to Andrew Zarian on the Mat Men Wrestling podcast, the Rock is unlikely to appear at this year’s Survivor Series as has been previously rumored. The Rock is scheduled to be in Australia filming his Young Rock series, though there is always the possibility that Rock could fly to New York City to the show and then return back to filming. Whether he appears or not, WWE is expected to present a special tribute for Rock’s 25th anniversary in the company.

The Rock has had his share of legendary moments in WWE. Check out what he has done in the company: 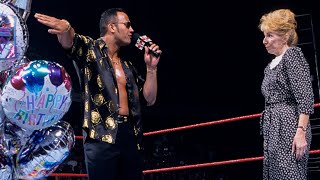 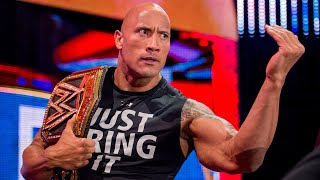 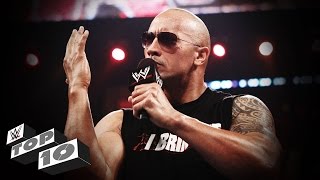 Opinion: While I would not bet on Rock showing up at Survivor Series, it would not stun me to see him pop up. The Rock has a lot of things on his plate and there are only so many things that he can find time to do. It is interesting to see that he does pop up in WWE every now and then though and it would be great to see that happen again. Odds are he will, but the question now is when that will happen.

Will Rock return to WWE? Who would you like to see him face? Let us know in the comments below.

Two Strikes: Here’s Why An NXT Star May Never Be Called Up To The Main Rosters