I’m starting to like this show a bit more than I ever thought I would, as they have gotten into a bit more of a rhythm. You can almost bet on a women’s match, a cruiserweight match and an NXT midcard match. That’s not a bad way to go and the fact that it is done in about half an hour makes it even better. Let’s get to it.

Miller grabs a wristlock to start but Sarray spins her over into one of her own. Sarray pulls it to the mat for a cross armbreaker but Miller fights up. A heck of a clothesline drops Sarray for two and we hit the chinlock. Back up and Miller scores with a spinning kick to the face for two, setting up an STO for the same. Sarray has had it with this though and comes back with the running dropkick against the ropes for the pin at 4:43.

Brutus powers Lockhart into the corner to start and then takes him down without much effort. A delayed butterfly suplex drops Lockhart again and Jackson gets pulled over the apron with a suplex of his own. Julius slaps Brutus as a tag and it’s another suplex into the basement lariat to finish Jackson at 3:07.

Post match, Malcolm Bivens says the Diamond Mine challenges any group on any roster to come have the big money match.

Feeling out process to start with Baxter taking him down for an early riding. Waller is let up and gives Baxter a bit of applause, only to get headscissored down. A basement dropkick gives Baxter one, leaving Baxter confused. Waller is back up with a side slam and backbreaker, followed by a suplex for two.

The double arm crank keeps Baxter in trouble but he flips out in a hurry. Waller scores with a spear into a leglock chinlock but Baxter makes the rope. Baxter flips up for a DDT and Waller is sent outside for a running flip dive. Back in and Baxter tries a rollup, only to get reversed into another one to give Waller the pin at 7:27. 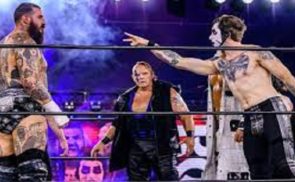 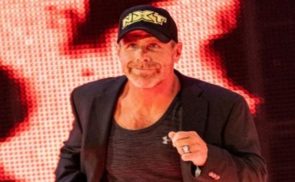