WRESTLING RUMORS: What AEW Plans To Do With Ring Of Honor

That makes the most sense. The biggest wrestling story of the week came this week on Dynamite when Tony Khan announced that he had purchased Ring of Honor Wrestling. This created a lot of questions, as there was now another well known promotion under, or at least near, the AEW umbrella. Now we might know the answer to one of, if not the most important questions.

According to Bodyslam.net’s Cassidy Haynes, the current plan is for AEW to use Ring of Honor as a developmental territory “of some sort”. There is no word on when this will begin, though Ring of Honor is planned to return from hiatus on April 1 with Supercard of Honor. It is not clear how the show will be changed now that the company is owned by Khan.

Opinion: I don’t think this is the biggest surprise and that is not a bad thing. The best thing about AEW and Ring of Honor working together is the fact that they have a new place to put a lot of their wrestlers. AEW’s lower level is bigger than most Ring of Honor names so the upgrade is already there. Even if it is just putting a few wrestlers from each company together, at least they have tried something new, which is what Ring of Honor needs.

What do you think of the idea? Who would you like to see show up in Ring of Honor? Let us know in the comments below. 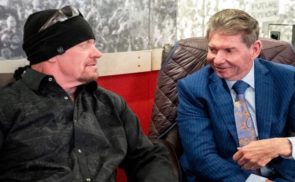