You just made the list! WWE has had to make some big changes this year due to the Coronavirus pandemic and those changes are likely going to last for a very long time to come. There isn’t much of a way around that but some of the changes have worked out well. One of those is the Thunder Dome, which has a very unique look, and also some rules to go with it.

Back in August, WWE moved its television into the Amway Center in Orlando, Florida, which had been refitted with a series of video screens around the arena featuring shots of fans watching at home. That is a rather cool visual to see every week, but it has a few details that make things more complicated. For instance, how do you make sure that what the fans are showing is acceptable? WWE has issued some guidance and it includes an interesting list.

The Famous Group, who designed the Thunder Dome, received a Digital Dan Experience Award at the 2020 Spotel Awards for their efforts in putting the Thunder Dome together. The group aired a video showing a behind the scenes look at the Thunder Dome, which included a Do No Show list, featuring names such as AEW, Marty Scurll, Cody Rhodes, Impact Wrestling, Chris Benoit and more. These images will be removed from the collection of videos and replaced with others.

It’s a pretty cool thing to see. Check out the video, plus more from the Thunder Dome:

Opinion: I can’t say I’m surprised by this and it isn’t the worst idea. There are certain things that WWE is not going to want shown during their television broadcasts and it makes sense to have people on the lookout for them. You can get rid of a lot of these things when you are seeing the people come into the arena, but having each one on their own is a good bit different. It might seem a bit over the top at times, but this is the kind of thing WWE has to do.

What do you think of the list? Which one surprises you the most? Let us know in the comments below. 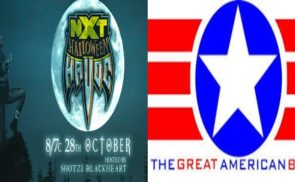