That’s how you start. There are a lot of wrestlers on the WWE roster and some of them are part of the company’s official developmental system in NXT. That can make for some unique situations, as there are some wrestlers who do not seem to need developing and could hang on the main roster the day they sign. One wrestler who arguably fits that description might have planted the seeds for his main roster debut.

WWE has posted a video from backstage at this week’s Monday Night Raw showing Dolph Ziggler and Robert Roode running into NXT’s LA Knight. Roode and Ziggler mock Knight for not being on the right show, with Knight responding that the two of them can come see him any Tuesday night. The three also talked about the importance of the Royal Rumble, though there is nothing to suggest that Knight will be involved in the match at this point.

Knight has been part of NXT just shy of a year ago and is a former Million Dollar Champion. Prior to the start of this stint in NXT, Knight wrestled in Impact Wrestling, where he won the World Title, the King of the Mountain Title and one half of the Tag Team Titles. Knight has been appearing in dark matches before recent editions of Monday Night Raw, though he has yet to appear on the show.

This could be a beginning. Check out Knight’s appearance backstage: 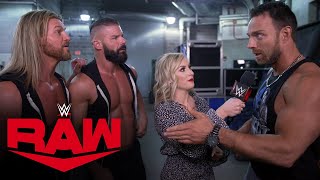 Opinion: I could go for more Knight anywhere in WWE as he is one of the most consistently solid performers around. He can wrestle a good match and talk with anyone so moving him up is a good idea. At the same time though, he is thirty nine years old and WWE’s youth movement might not fit him very well. It would be great to see him get a chance though, as he has earned the opportunity.

What do you think of Knight? How would he fit on the main roster? Let us know in the comments below. 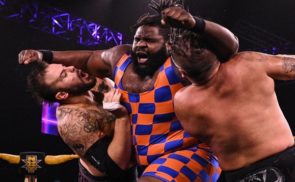 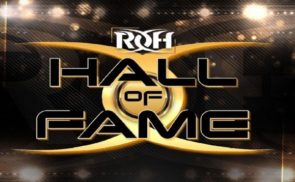