He does know how to be the evil boss. Earlier this year, the XFL launched for the second time and then closed just a few months later. The company falling apart for the second time was mainly due to the spread of the Coronavirus, meaning that there was only so much that could be done. However, Vince McMahon might have an idea of how to keep things going.

Soon after the season was canceled, the XFL filed for bankruptcy, meaning that another company could buy the assets and possibly do something with them. That might not have seemed like the most likely result, but then it seemed that McMahon himself might be interested in making the purchase. That sounds like something he would do, and now we know a bit more about what might happen.

According to the Wrestling Observer Newsletter, part of the idea of buying the company’s assets after bankruptcy would be as a way to avoid paying approximately $50 million in debts. Another part of the idea could be to get the XFL out of its television deal, which did not bring the league any income. Should McMahon attempt to purchase the league’s assets, it would not be until after the Coronavirus pandemic has ended. This could be more difficult as McMahon’s moves with the league were not popular, including his treatment of Commissioner Oliver Luck.

The league has tried twice now. Check out a look at the previous incarnations:

Opinion: I can’t say I’m surprised at the idea of McMahon trying to get the league back again for a third try, though I’m not sure how well it would go. The league was doing ok at best and I’m not sure if that is enough to bring the whole thing back. Then again, it’s not like a lot of the ideas here made the most sense in the first place. Maybe this could work, but I’d be rather surprised if it actually did.

What do you think of McMahon’s plan? Do you want the league back? Let us know in the comments below. 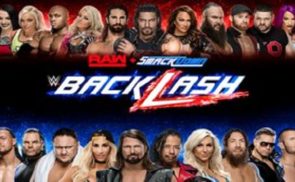 REVIEW: Backlash 2018: The End Of The Trilogy