Someone draw up the paperwork. The WWE roster is full of incredibly talented people but there are a lot of moving parts at any given time. That is the kind of thing that can get confusing in a hurry and it is even more complicated when you factor in the new Brand To Brand Invitational Rule. Then there are permanent roster moves, one of which we saw this week.

WWE is currently holding a tournament to crown a new Intercontinental Champion due to Sami Zayn not being available to wrestle at the moment. The title was vacated and eight names are vying to win the title. The tournament is being held on SmackDown, making it all the stranger that AJ Styles, a Monday Night Raw wrestler, is included. That was cleared up this week.

During this week’s SmackDown, commentary announced that Styles had been officially traded to SmackDown for wrestlers to be named later. This marks Styles’ first time as part of the SmackDown roster since April 2019 when he was drafted to Monday Night Raw in the Superstar Shakeup. Styles won his debut match on SmackDown, defeating Shinsuke Nakamura to advance to the tournament semifinals.

Styles is quite the talent. Check out what he can bring to the blue show:

Opinion: This works well as the idea of sending wrestlers from one show to another via trade is a lot easier to follow than the Brand To Brand Invitational deal. If nothing else, it allows whomever WWE picks for the to be named later wrestlers to make an impact. This should be a good idea and Styles on SmackDown, or any show for that matter, is an instant boost.

Do you like the trade? Who will be sent to Monday Night Raw? Let us know in the comments below. 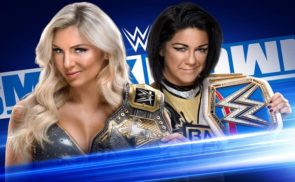 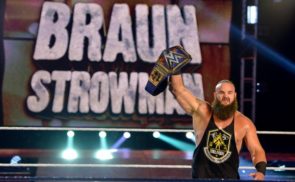