When worlds gently collide. The rise of AEW has opened a new world to wrestling fans and it has made things that much more interesting in a hurry. Above all else, it has allowed all kind of newer and unproven wrestlers to be showcased in ways they never have been before. AEW also has a large amount of veterans on its roster, and now one of their younger stars has met quite the veteran.

AEW’s Orange Cassidy has posed a new video to his Instagram page, showing him meeting Ric Flair. Cassidy gives Flair his own pair of sunglasses, which Flair puts on and gives a WOO. At the same time, Cassidy gives his trademark thumbs up. This comes as Flair has been rumored to be signing with AEW, though neither side has officially announced any kind of deal.

This is pretty amazing. Check out the meeting plus the two of them on their own: 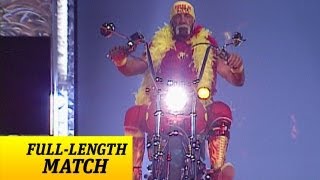 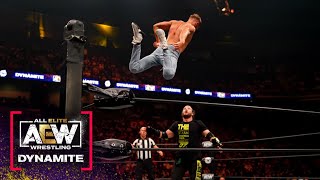 Opinion: I don’t think it’s much of a secret that Flair is on his way to AEW and this is the latest piece of evidence pointing in that direction. At the end of the day, WWE was barely ever using Flair outside of some random appearances that tend to make him look bad. Let him move over to AEW where he can make some cameos, say WOO and praise some young star. Why make this harder than it needs to be?

What did you think of the video? What should Flair do if he comes to AEW? Let us know in the comments below.