That could have been worse. With the fans returning to WWE events, it is time for WWE to come up with something fresh to hook the viewers in. There are all kinds of ways to do this, but one of the most effective is to mix up the locations a bit. WWE is already taking the shows to venues outside of Florida, but now they are trying two at once. It just has a bit of a hiccup on the way.

SmackDown will feature an appearance by John Cena, who returned last Sunday at Money in the Bank and confronted Roman Reigns. Cena appeared on Monday Night Raw as well, promising to come see Reigns on SmackDown. There will also be a title match, as Bianca Belair defends her SmackDown Women’s Title against Carmella in a rematch from last week. In addition, NXT’s Toni Storm is scheduled to make her SmackDown debut.

In case you see it on the news, a screen fell down at one of our stages. Nobody was hurt and it will be fixed before doors open tomorrow. The show goes on!

This could have been worse. Check out a video of the damage plus more WWE set issues from over the years: 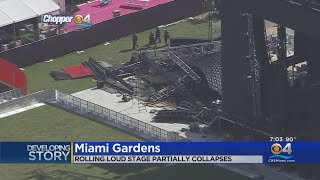 Part Of Stage For Rolling Loud Collapses In Miami Gardens 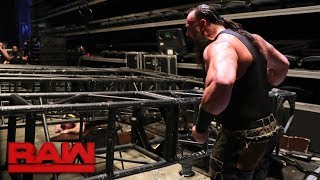 Braun Strowman pulls part of the Raw set down on top of Kane and Brock Lesnar: Raw, Jan. 8, 2018 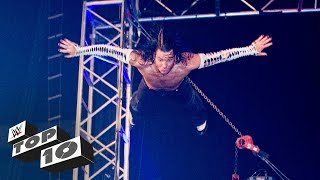 Opinion: What matters the most here is that no one was hurt, as this could have been a horrible situation. The second most important thing is that the video wall will be repaired in time for SmackDown, as a show with a big screen missing could be quite the mess. WWE is smart to split the show up a bit so things can feel a bit more fun, which is something the show has been lacking for a long time now.

What do you think of the idea? What is your favorite wrestling set of all time? Let us know in the comments below.