It has to start somewhere. There are a few different kinds of stories that are always going to work in wrestling and they can get some nice reactions. Every now and then, you see something that works even better than expected and everyone comes out looking better than they did coming in. That was the case last year and it turns out that it only started because of a joke.

One of the biggest stories at last year’s WrestleMania 36 was the budding romance between Mandy Rose and Otis. The two of them had seemed ready to get together for months but the combined forces of Dolph Ziggler and Sonya Deville kept them apart. It all came together at WrestleMania, but how did the whole thing get started? Now we know the surprising answer.

In an interview with the Wrestling Inc. Daily, Levi Cooper, formerly known as Tucker in WWE and Otis’ former partner, revealed that the Otis and Rose romance storyline began as a rib on Rose’s then boyfriend Tino Sabbatelli. Otis would post jokes on social media, referring to Rose as his future girlfriend in order to mess with Sabbatelli. Rose found it funny and the storyline took place as a result.

The story did work. Check out how it came together: 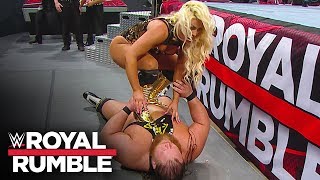 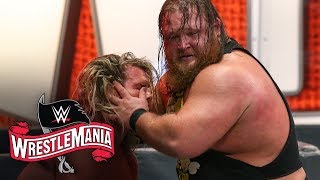 Otis out for payback against Ziggler: WrestleMania 36 (WWE Network Exclusive) 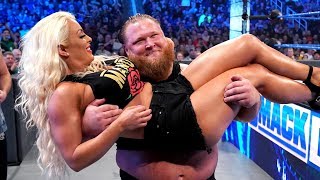 The love story of Otis and Mandy Rose: WWE Playlist

Opinion: This is the kind of thing that can sound rather encouraging for a lot of the WWE roster. Instead of something invented by the creative department, this is an idea that the wrestlers at least invented and it wound up being the start of the biggest push of Otis’ career. If nothing else, it shows you that it could wind up working in the future, which is more than some wrestlers get to see.

What did you think of the angle? Where else could it have gone? Let us know in the comments below.