Tick tock? WWE is in an interesting place at the moment as they are facing actual competition for the first time in a very good while. That isn’t something they have are used to and while AEW has not caught up to them yet, they have been making some noise and will be for a long time to come. Now WWE might be having to make an adjustment on one of their television shows.

One of the bigger stories from this week was the news that NBC Sports Network was closing by the end of 2021, meaning that some of its live sports would be moving to the USA Network. This could cause some issues for WWE as it could affect both Monday Night Raw and NXT. Monday Night Raw is USA’s highest rated series and likely safe, but NXT has another kind of status.

According to Wrestling Observer Radio, NXT’s contract with USA expires this coming October. While NXT is not likely in danger of being canceled, there is a chance that it could be moved to Tuesday or Thursday nights to make room for NHL coverage, which includes back to back games on Wednesdays. The NHL games would be far more valuable to NBC and USA than WWE programming.

Opinion: This is interesting and could make for quite the shakeup in about nine months. As someone who watches both NXT and Dynamite on Wednesday, I could go for a switch as it gets rather annoying to have to be up an extra two hours. The Wednesday Night Wars have been fun, but at the same time it isn’t like AEW is doing this to Monday Night Raw or SmackDown. The change would be nice, and it very well could help boost NXT’s numbers. 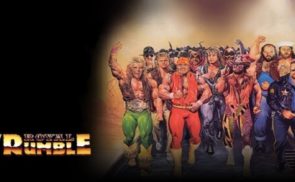 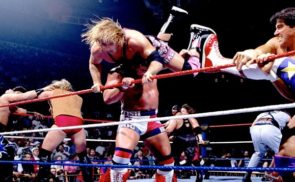