It would be a strange pairing. There are a lot of wrestling companies in the world, though WWE and AEW tend to dominate the news. They are the two biggest and most successful in North America and as a result, more people are going to notice them and care about them. That does not mean they are the only promotions around though, and now AEW might be doing something with another one.

Outside of WWE and AEW, Impact Wrestling is one of the bigger promotions in America over the last twenty years. It has had its ups and downs and there are things about the promotion that are going to make it very hard to move up to the next level. However, it might be getting a little boost, at least based on something that took place at another major event.

Surprise surprise. Check out the cameo:

Impact Wrestling executive Don Callis appeared at this week’s AEW Full Gear pay per view, joining the commentary team for the opening match between Kenny Omega and Hangman Page. Callis is a longtime friend and associate of Omega’s and appeared in the hype video for the match on this week’s Dynamite. There is no word on if this is anything more than a one off appearance. AEW has also worked with the NWA, including having an NWA Women’s Title match on the Full Gear Buy-In show.

Callis has been around before. Check out what he had to say in the hype video:

Opinion: I’m not sure if this is going to lead anywhere but it is kind of cool to think of the possibilities. If nothing else, it would certainly be an upgrade for Impact Wrestling, which has not exactly had a lot of major sparks in the last few months. AEW does not exactly need Impact Wrestling though and other than a bit of a surprise, I’m not sure what they would be able to do together.

What do you think of the appearance? Will it lead anywhere? Let us know in the comments below. 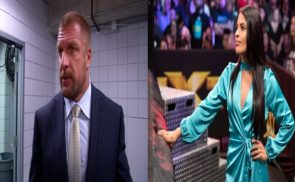 This WWE Story Was So Good That It Fooled Triple H 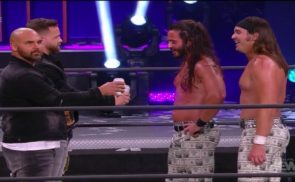