History has been made. Titles are one of the things that make the wrestling world go around and that is still the case today. You can make anyone seem a heck of a lot more important in a hurry by making them a champion and that is something that will work in any promotion. It is certainly true in AEW and we now have a few new champions to pick from.

AEW has not been around that long and they also do not have many pay per view events every year. With only a handful of pay per views every year, AEW’s titles are rarely going to change hands. As a result, the title changes mean a lot more when they actually take place. That was the case again on Saturday night as AEW ran a pay per view with some title changes.

They’ll be good champions. Check out the new champs in action:

Opinion: Two title changes makes for a big night in any promotion and it is even more so the case in AEW. You don’t see that kind of thing happening very often around here and that makes it so much more special. The titles have been made to feel all the more important in this company and both title matches were rather good. I’m glad that this still feels like a big deal in this company and hopefully that is the case for a long time to come.

What do you think of the title changes? Who will hold their title the longest? Let us know in the comments below. 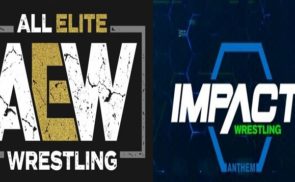 Interesting Reason Why Mercedes Martinez Is Gone From Retribution