I think we can make room for him. There are very few stars in the history of wrestling who outgrow the business. You know them when you see them, and they come along once in a generation at most. One of the few exceptions would be the late 1990s with Steve Austin and the Rock. While Austin has a legacy of his own, the Rock went on to become the biggest star in Hollywood. That doesn’t mean he’s done with wrestling though and that’s a good thing for us.

One of the biggest stories so far this month was the Rock’s daughter Simone Johnson signing with WWE. That makes Johnson the first fourth generation wrestling in WWE history and that is going to keep her around as long as she wants to be there. It also means that we might be seeing more from the Rock, who might want to help his daughter get into the business. As it turns out, he wanted to see what she was getting into and that’s a good thing.

The Rock has posted a video to his Instagram page showing him going to the WWE Performance Center and working with his daughter and some other students in the ring. He also gives a talk to some students and even wrestles a bit himself. Rock’s most recent match took place at WrestleMania 32 in 2016 when he defeated Erick Rowan in six seconds. There is no word on if or when Rock will wrestle again.

I think we have room for him. Check out Rock at the Performance Center:

Opinion: There’s a line in the video where Road Dogg talks about how awesome it is that Rock came back and worked with the new generation. He’s right too, as it’s cool to see that he isn’t completely done with wrestling. He comes back and does some of these things from time to time and the wrestlers are going to listen to him because he’s a wrestling legend. I can’t imagine him ever wrestling again for a variety of reasons, but at least he is doing something like this and that is very cool.

Will Rock ever wrestle again? What is your favorite Rock match? Let us know in the comments below. 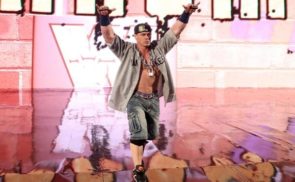 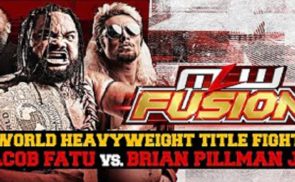