In 2017, Kurt Angle was inducted into the WWE Hall of Fame after being away from the company for 11 years. At the 2017 TLC pay-per-view, he made his WWE in-ring return, teaming with Seth Rollins and Dean Ambrose to defeat Braun Strowman, Kane, Cesaro, Sheamus, and The Miz. A month later at Survivor Series, he was also a part of Team Raw, who was the winning team of the match against Team SmackDown Live.

At WrestleMania 34, Angle teamed with Ronda Rousey in her debut match to defeat Triple H and Stephanie McMahon. Angle was involved in several matches following WrestleMania 34, but was mainly used to get others over such as Dolph Ziggler, Drew McIntyre, and Baron Corbin, who retired him at WrestleMania 35.

Angle created many memorable moments, but during a recent interview with Carl Frampton and Chris Lloyd on the TKO show, he described one moment that he felt was a “huge mistake,” which was jumping off the steel cage during his match against Chris Benoit.

“There’s no practice, I just did it, and that was the first time I  ever did it, and I just did it… I blew my knee out, I had to have surgery after that. That was a huge mistake, and it’s something that wasn’t necessary. Nobody forced me to do it, I just thought it’d be cool to hit a spot like that. I wanted to light the house on fire, Chris and I did that that night, and I regret it.”

While competing in WWE, Benoit was one of Angle best rivalries, as the two competed at events including WrestleMania 2000, WrestleMania 17, Backlash 2001, Judgment Day 2001, Unforgiven 2002, and Royal Rumble 2003.

During his WWE career, Angle feuded with some of the most popular names in the history of the company, including The Rock, Shawn Michaels, Steve Austin, and The Undertaker. 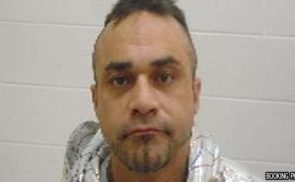 UPDATE: Status of Teddy Hart After Going to Jail for Drug Charges 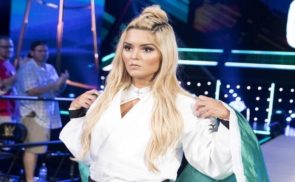