Two More WWE Stars May Have A Path To WrestleMania 38

Keep it going. We are less than two weeks away from WrestleMania 38 and one of the bigger WWE stories at the moment is about wrestlers finding a path to the show. In some cases that makes sense, but there are several wrestlers who have one realistic chance to make it to WrestleMania. Now it seems that two more people are ready to follow their narrow path.

The current plan for the Raw Tag Team Title match at WrestleMania 38 includes RKBro defending their titles against the Street Profits. RKBro accepted the challenge this week on Monday Night Raw, but Alpha Academy attacked both teams later in the night. According to the Wrestling Observer Newsletter, the current plan is for Alpha Academy to be added to the match, making it a triple threat. There is no word on if any other teams would be added to the match.

Opinion: This isn’t much of a surprise and I kind of expect a fourth team to be added as well to match the Women’s Tag Team Title match. The triple threat concept is a bit played out at this point but WWE certainly seems to love going with it. It would help a lot if the match was good, but it’s not going to be the easiest match to get fired up about, just due to how many triple threats WWE presents. 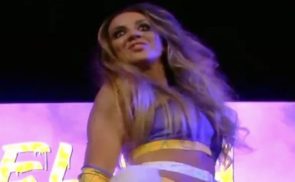 Not So Fast? A Wrestling Injury Turns Out To Be Completely Fake