The nightmare returns. According to a report from Mike Johnson of PWInsider.com, Cody Rhodes has signed a new deal and will be returning to WWE.

The report states that Rhodes signed his new contract about 10-14 days ago. The current plan is to have Rhodes debut during Wrestlemania 38 weekend, with the early word among those in the company saying that Rhodes will be on the Raw brand.

It has been heavily rumored that The American Nightmare will be facing Seth Rollins at WrestleMania, but nothing is finalized yet.

We will continue to monitor this situation and provide any updates as they become available.

If I’m being honest, I’m surprised that this is happening. There has to be something in place where he has a little bit more creative control over his contract, because if they try to have him revert to his old gimmicks, the return may fall flat on its face. That being said, he is one of the most incredible talents globally and will be a fantastic addition to the roster. If he does end up debuting, I can’t wait for that pop! 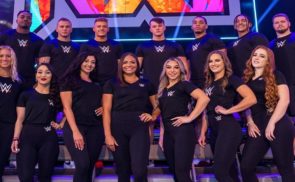