How nice to finally meet you. Wrestling is a different form of entertainment as you constantly need fresh names and faces coming in to keep things moving. This could be due to people leaving, people moving on to different stories or just for the sake of bringing in some fresh blood. That is especially the case in NXT, where talent moves in and out in a hurry. It was the case again recently, and now they have done something to make it better.

Over the last few weeks, NXT has offered various glimpses of some recently arrived wrestlers but has yet to give them a formal introduction. While the fans are pretty clear about who they are and you can see a few peaks of them here and there, nothing had been officially announced. That problem has now been taken care of and things have been formally started.

During this week’s NXT, another video aired from Killer Kross and Scarlett Bordeaux. However, this time the announcers officially acknowledged it and announced that Kross and Bordeaux, now known as Karrion Kross and Scarlett, were part of NXT. The two did not appear on camera together but glimpses of both have been seen over the previous weeks. There is no word on when the two will make regular on-screen debuts.

It was rather ominous. Check out the latest video from Kross and Scarlett:

Opinion: This is hardly a secret of any kind and there is nothing wrong with that. The two of them are being presented as something different and it is a great idea to not give them a traditional introduction. Let Kross and Scarlett be more mysterious and build them up a bit, which will make their actual debuts all the more impactful. Hopefully their matches work out as well as their vignettes, because those have been quite good.

What have you thought of the videos so far? What do you see the pair doing when they eventually debut? Let us know in the comments below. 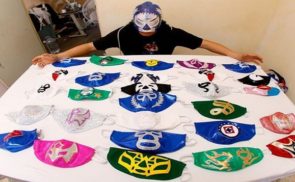 Why WWE Gave Up On Dolph Ziggler