History has been made! We are on the way to WrestleMania 38 and you can see most of the matches coming from here. There are going to be several title matches on the card but WWE still needs to officially set some of those matches. That might mean some titles changing hands, which was the case this week as some former champions got their hands on the gold again.

This week on Monday Night Raw, RKBro (Randy Orton/Riddle) defeated Raw Tag Team Champions Alpha Academy and SethR ollins/Kevin Owens in a triple threat match to win the titles. The win marks RKBro’s second reign as champions after they lost the championships to Alpha Academy in January. Commentary suggested that the win would send RKBro to WrestleMania 38 as champions.

Opinion: This is a bit of a surprise and makes me wonder how necessary the initial title change was. At least there is something for RKBro to do at WrestleMania, as I was starting to think they might split the team up. Owens and Rollins can go on to do whatever they have planned and the Alpha Academy…well odds are they are going to wind up in a battle royal if they are lucky.

What do you think of the title change? What is next for the three teams? Let us know in the comments below. 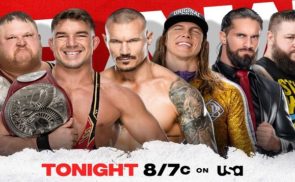