History has been made twice! Titles have long since been the focal point of wrestling promotions and that is not a surprise. They are the easiest concepts in the wrestling world and that will be the case for a long time to come. Wrestlers can win, lose or challenge for a title and have an instant story to be told, making putting a story together that much easier. That was the case twice over the weekend.

Three titles changed hands at Impact Wrestling’s Sacrifice event on Saturday night. First, the Knockouts Tag Team Titles changed hands as the IInfluence defeated the IInspiration to win the titles for the first time. Later in the show, Tasha Steelz won the Knockouts Title from Mickie James, marking her first reign with the title. Finally, the Good Brothers lost the Tag Team Titles to Eric Young and Joe Doering of Violent By Design, marking the group’s second reign with the championships. All of the other champions retained their titles on the night.

Opinion: It was certainly an eventful night for Impact Wrestling as you do not see three titles changing hands in the same night very often. Those titles had been held for a fairly long time each and it is always interesting to see something like this happen. All three of them are important changes and Impact Wrestling could go a long way with these new champions holding gold.

What do you think of the title changes? Which new title reign will be the most successful? Let us know in the comments below. 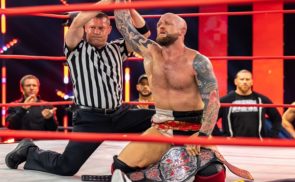