Things continue to stay interesting around here as we close out the year, but this time around it is going to be one more important match before we officially make it to the holidays. This time around it is all about the Tag Team Titles as Gallus defend the titles against the Hunt. Let’s get to it.

Non-title. Ray works on the arm to start so Dawn does exactly the same. Dawn gets in some double knees to the chest for two but Ray is back up to send her into the corner. Something like a basement Meteora gives Dawn two and the hard belly to back suplex is good for the same. Ray is right back with a tornado DDT and a Koji Clutch but Dawn is out in a hurry. That’s about it for Dawn though as Ray grabs the Gory Bomb for the pin at 4:18.

Post match Ray says you should get used to her being champion because forever is a long time.

Video on Ben Carter, who has officially signed with NXT UK. Various wrestlers talk about how great he is and we see him in Seth Rollins’ wrestling school.

Ilja Dragunov is near tears in the ring because he came so close to winning the UK Title but came up just short. He’ll be back.

The bigger Muir tries to power Huxley around to start before hit leapfrog is knocked out of the air. Starz tries a slingshot crossbody and after Muir offers a trip, it takes Huxley down. Back up and Huxley unloads on Stars with right hands before cranking on the neck a bit. A gorilla press sends Starz flying and there’s a running boot to the side of his head.

Huxley knocks Muir off the apron and then throws Starz back in for two. Starz gets in a shot to the face and brings in Muir, who is driven into the corner in a hurry. A double dropkick takes Huxley down though and a sunset flip, with some help from Muir, gives Starz the upset pin at 5:23.

Post match Huxley beats both of them down but Dave Mastiff runs in for the save.

Earlier this week, Piper Niven showed Sid Scala a video of someone leaving Piper a message at the gym. Apparently it’s a contract for a match with Jinny, who Piper wants to face in three weeks. The match is made for January 7.

Here’s A-Kid, who is very proud of what he has done and the pride it has brought Spain. He wants to be the best though and challenges Walter for the United Kingdom Title. Cue Walter to say hang on a second because he sees a lot of skill in A-Kid. But HOW DARE HE go this far? The one thing that will never change is that Walter is NXT UK Champion, which seems to mean no shot.

Earlier this week, Kenny Williams was upset when Amir Jordan comes in to say get back to it because they need to win the Tag Team Titles. Williams, with his bad knee, doesn’t seem convinced and suggests Jordan go on his own for the time being. However, Williams is willing to be in his corner.

Trent Seven says he gave it his all in the Heritage Cup Tournament and had no idea how much he gave in until he lost. There are things that he needs to fix so he’s going away for now. This isn’t goodbye, but see you later, and Seven does not look happy.

Morrell’s headlock doesn’t work at all as Brown runs him over without much trouble. Brown throws him outside and then right back in, setting up the shoulders in the corner. A running shoulder hits the post though and Morrell hits a dropkick for one. Brown isn’t having that and hits the big clothesline, setting up up the Doctor Bomb for the pin at 3:13.

Sid Scala makes A-Kid vs. Walter for the UK Title at some point in the new year.

Gallus is defending and Eddie Dennis is here with the Hunt. Wolfgang gets double teamed in the corner to start with Primate stomping away. That’s broken up with straight power as Wolfgang fights out and drives him into the corner corner so Mark Coffey can come in. Wild Boar shrugs off the headlock though and brings in Primate for a double backdrop. We hit the chinlock on Coffey and a backsplash to the back gets two.

A right hand knocks Wolfgang off the apron but Boar’s charge only hits buckle. The diving tag brings Wolfgang in to clean house, including a top rope ax handle for two on Primate. Dennis pulls Boar out of a powerslam attempt and a shot to Wolfgang’s back puts him down. Cue Joe Coffey to take out Dennis, followed by Flash Morgan Webster and Mark Andrews to go after Primate. That leaves Boar to take a powerslam/jumping enziguri combination for the pin at 7:59 to retain the titles.

Result: Gallus b. The Hunt – Powerslam/jumping enziguri combination to Boar (7:59)

Post match Pretty Deadly comes out to challenge for the titles. Cue Oliver Carter and Ashton Smith to send them into the ring for the beatdown from Gallus to end the show. 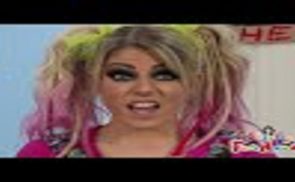 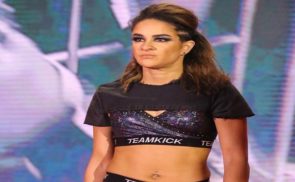