That’s a special one. There are all kinds of great stars in wrestling history but only a few have approached the level of Steve Austin. He is one of the biggest stars in the history of the industry and one of the most influential names in modern wrestling. Having him around means something and that was the case again this weekend, even if you probably didn’t see him on camera.

WWE held a live event on Sunday night in Reno, Nevada under their Sunday Stunner banner. Natalya was on the show and revealed that WWE Hall Of Famer Stone Cold Steve Austin was backstage at the event. Austin responded to the tweet, praising the crowd as well as the wrestlers, saying they gave the fans a “helluva show”. Austin last appeared for WWE at WrestleMania 38 where he main evented night one and beat up Vince McMahon on night two.

The coolest part of tonight in Reno was having @steveaustinBSR at our show watching every match backstage… Steve is the best. Truly. ??

Reno was a damn good crowd. In it from start to finish. Y’all gave em a helluva show and that’s the bottom line.

Opinion: While he might not have actually done anything on the show, it is a cool thing to have Austin backstage at an event like this. He is someone the wrestlers know and probably respect him quite a bit. If nothing else, I would be curious to see just how much differently the wrestlers are to impress him. Austin is a legend for a reason and he is still an important part of the wrestling industry.

What do you think of Austin? What was the best part of his career? Let us know in the comments below. 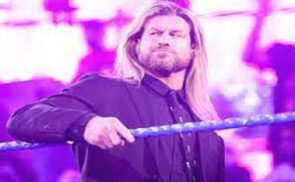