We’re closing in on TLC and a lot more of the card has been set in stone. The main stories coming out of Raw are the two handicap matches for TLC with Punk taking on the Shield and Bryan facing the Wyatts. Tonight it’s Punk against a member of Shield to be announced tonight. Other than that we’re likely to get talking from Orton and/or Cena. Let’s get to it.

Here’s Orton to open the show. He talks about becoming the champion of champions at TLC (still sounds better than Unified Champion) and shows us a clip from the end of Raw where Cena put him through a table. Even though Orton has about five injuries as a result, he’ll still prove his greatness at TLC. He may not be the most likeable of characters but he’s never liked any of us or John Cena. Orton does however revere Stephanie and HHH because they know what’s best for business. Maybe he’s taken some things they’ve done for him for granted so Orton would like to apologize.

Before he can get all the way through though, here’s Daniel Bryan to point his fingers in the air a lot. Bryan says Orton needs to apologize for being a champion. In all of their title matches, Orton never once legitimately beat him. Just because Bryan has been targeted by the Wyatts, he hasn’t forgotten about Orton or what Orton did to him. Daniel says that after TLC, he’s going to be first in line for a title shot at the new champion. Tonight though he’s looking at the face of the WWE and feels like putting a knee on that face. Orton says no but Bryan appeals to the crowd for a YES chant. Randy just stands there.

Non-title and Sandow is on commentary. Langston’s music seems to have been remixed. The champion throws Fandango around with ease and drives his shoulder into Fandango’s ribs. Fandango is sent to the floor but Langston takes too much time going after him and gets clotheslined down. Back in and Fandango puts on a front facelock but shoves Fandango off like he’s a cruiserweight. Some clotheslines set up the Warrior splash but Fandango comes back with a kick to the head and a knee to the jaw for two. Langston shrugs it off and hits the Big Ending for the pin at 2:35.

Post match Sandow gets in the ring to point at Langston’s belt. Dang they’re warming up for the Wrestlemania Point early this year.

We get the opening of Smackdown from WWE 2K14 via Youtube.  Riveting stuff of course.

Non-title. This is fallout from Main Event where Goldust had Ryback beaten but Curtis came in for the DQ. Cody starts with Ryback as JBL tries some portmanteaus of Ryback and Axel’s names. Goldust quickly comes in and gets caught in a gorilla press for two. Ryback hits a middle rope splash and Axel drops a middle rope elbow for two as the announcers talk about Superstar of the Year. The former Heyman Guys take turns on Goldust until it’s off to Axel for a chinlock.

Back up and Axel misses a dropkick and walks into a powerslam to give Goldie a breather. The not hot tag brings in Cody with a missile dropkick and the sunset flip out of the corner for two. Cody’s moonsault press gets two and everything breaks down. Goldust knocks Ryback to the floor and Cody lays him out with a Disaster Kick off the announcers’ table. Rhodes heads back inside and is immediately rolled up by Axel for the pin at 4:24.

Bad News Barrett tells us that we’re all sheep who will follow each other to the slaughter.

Del Rio jumps Kingston on the floor before the bell and sends him into the barricade. Kofi gets put in the armbreaker for some screaming as referees try to pull Del Rio off. No match, but haven’t we seen Del Rio destroy Kofi after a loss before?

We recap Punk’s issues with Shield leading up to the handicap match at TLC.

Shield promises to hurt Punk tonight but they’re going to leave him healthy enough to make it to TLC. It’s going to be Ambrose facing Punk tonight.

Non-title because the US Title is nothing but a trophy again. Rollins and Reigns stay in the crowd to keep it one on one. Punk has bad ribs coming into this. Cole: “Punk didn’t tape his ribs. Why put a target on his back?” Punk grabs a headlock to start but misses the high kick as Ambrose hangs onto the rope. Dean charges into a big boot of all things from Punk, setting up four straight legdrops for two for Punk.

Dean comes back with a knee to the ribs to take over and Cole completely ignores it to read more nominees. We hit the chinlock for a bit but Punk fights out and forearms Ambrose in the head. The GTS is countered with another shot to the ribs but Ambrose bails to the floor as we take a break.

Back with Dean stomping on the bad ribs like the smart heel that he is. Dean keeps taunting Punk as he peppers him with right hands before hooking a crossface chicken wing. Punk is down so Ambrose goes up, only to miss a top rope elbow drop. The springboard clothesline gets two for Punk and the running knee in the corner gets the same. Ambrose counters the swinging neckbreaker into a backslide which sets up a Fujiwara Armbar to stay on the arm.

Dean lets it go for some reason but counters another GTS attempt into a sleeper. Punk rolls through that into the Anaconda Vice but Dean quickly makes a rope. The Macho Elbow is broken up with a superplex for two and Dean goes back to the armbar. Punk gets into the ropes as well and finally scores with the high kick for two. The GTS, Bulldog Driver and another GTS are all countered and Punk is sent shoulder first into the post, giving Ambrose a rollup (with a handful of trunks) for two more. Not that it matters as another high kick sets up the GTS for the pin at 13:00.

Renee Young (looking stunning in a red dress) is with Rey Mysterio in the back. She asks Rey which world title means more. Before Rey can answer, the Real Americans (now in matching jackets with Cesaro’s saying Toni and Swagger’s saying Big Hoss) come up and asks to see Rey’s papers.

Colter wants to know what’s up with Mysterio’s mask, if that’s even his real name. Rey says he was born and raised in San Diego, California but is Mexican in his heart. Colter thinks Rey’s title reigns should be stricken from the record books but Rey thinks the Real Americans should be stricken from the building. Zeb throws out a challenge for a tag match with Rey getting a partner. Rey says si.

AJ is on commentary and talks about how she was the most interesting Diva in the match just by skipping around in a circle. Tamina gets caught by a quick clothesline for two but she easily shoves Natalya to the floor. Nattie gets rammed ribs first into the apron a few times before Tamina takes it back inside to crank on Natalya’s arms.

Cole spends the match trying to make AJ into a heel by asking why she thinks she’s above the title which just isn’t working. Natalya gets two off a low dropkick but Tamina kicks out of the Sharpshooter. A Samoan drop puts Natalya down but she misses the Superfly Splash, giving Natalya the pin at 2:59.

Post match Natalya yells at AJ to no effect.

The Funkadactyls sell stuff and annoy me by existing.

The mystery partner is Big Show, who apparently is just going to forget about the whole Authority ruining his life thing. Big Show chops Swagger in the corner and headbutts him down to start. Off to Rey for a top rope hurricanrana but Swager counters the sitout bulldog into a wheelbarrow slam in a nice move. Cesaro gets in a neck snap across the top rope as Cole brings up Cesaro making Titus sick last week.

Mysterio fights out of the corner but Jack sends him out to the floor. Back in and the Real Americans take turns pounding on Rey until the sitout bulldog takes Swagger down. Double tags bring in Cesaro and Big Show so the giant can clean house. A spear gets two on Cesaro as Swagger makes the save, only to have Rey hit a quick 619 to Jack. Big Show chokeslams Cesaro, setting up a Rey splash from Big Show’s shoulders for the pin at 4:20.

We get a video package of various champions over the years, talking about what being champion meant to them. It’s mainly a collection of promos from their careers with a few guys sitting down to talk about what the win means. Cool stuff.

HHH’s sitdown interview talks about how great the unification match will be and guarantees that the King of Kings will crown the Champion of Champions.

Bad News Barrett has some good news for us. There will be a Champion of Champions after TLC, but that man will have a target on his chest. He’ll be the hunted, making him the envy of the locker room, meaning he’s doomed.

Non-title of course. They fight into the corner to start with neither being able to get an advantage. Orton takes over with some right hands but Bryan fights out of the corner with punches of his own. Daniel goes after the arm as the announcers discuss Bryan joining the Wyatts. Orton comes back with the backbreaker for two and a clothesline puts Bryan down. Bryan scores with a dropkick to send Orton to the floor but Orton moves before the FLYING GOAT can launch.

We take a break and come back with Orton getting two off something we didn’t see before putting on a chinlock. Bryan fights out and moonsaults over Randy to set up the running clothesline. A pair of running dropkicks in the corner set up some kicks to Orton’s chest and a top rope hurricanrana gets two for Bryan. Daniel sends him to the floor and now the FLYING GOAT connects.

Back in and the missile dropkick drops Randy again and there are the YES kicks. The big one misses as is the new custom and Orton gets two off a powerslam. Orton connects with the Elevated DDT but Bryan counters the RKO into a backslide for two. Now the big kick lays out Orton and the Swan Dive…..doesn’t launch because we’ve got Wyatts. The distraction lets Orton hit the RKO for the pin at 12:14.

Post match Bray pops up on screen and says tick tock over and over. He doesn’t mean to keep haunting Bryan, but how many times does Bryan have to cross a burning bridge to know he doesn’t have to fight this battle alone? Bryan knows what they are, but at TLC he’ll learn what he himself is. Bray laughs to end the show.

This concludes our live coverage of Smackdown.  Make sure to join us Monday night for Raw at 8pm EST. 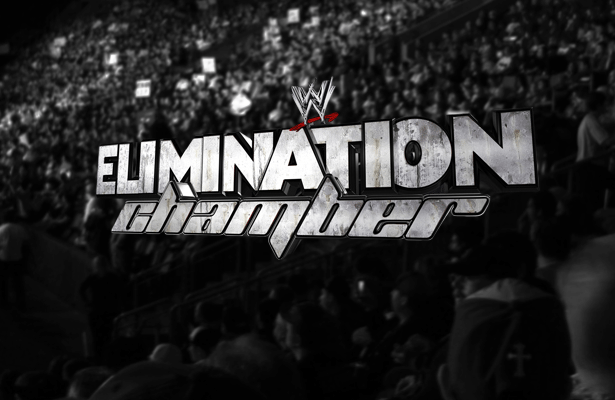 December to Dismember: The Worst Christmas Special Ever