Several More Matches Added To AEW Double Or Nothing Card

The rapid fire build. A pay per view is one of the hardest things for a wrestling company to put together as it can be rather tricky to figure out what kind of a card to put together to make people pay to see it. AEW has things a little bit easier as they only run such events four times a year. They are coming up on one of them and now several of the matches have been set.

AEW announced four matches for the Double Or Nothing card during this week’s edition of Dynamite. In addition to the three way World Title match being set, three more matches were set for the show, bringing the total up to five. First up, the Casino Battle Royal will be returning, with the winner receiving a future AEW World Title shot. Christian Cage and Matt Sydal were the only wrestlers announced so far.

Also on the show, Cody Rhodes challenged Anthony Ogogo to a match on the show as a result of Ogogo attacking him last week. The match was confirmed later in the night. Finally, Hangman Page challenged Brian Cage to a rematch at Double Or Nothing after Cage defeated him in a recent match on Dynamite. Page felt that Taz helped Cage win the match and challenged Cage to face him again one on one.

It was a busy night. Check out what we will be seeing: 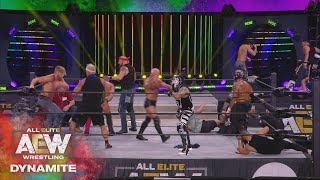 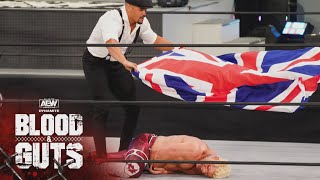 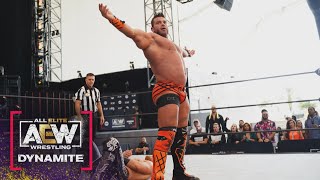 Opinion: This is the kind of a show that Double Or Nothing was needed as the card has come together in just two hours. With just under three weeks to go before the pay per view, it was time to move forward with the build and now a lot of that has been done. It helps that the matches have mostly been all but announced, though now things have officially been set.

Which of the matches interest you most? What else will be added? Let us know in the comments below. 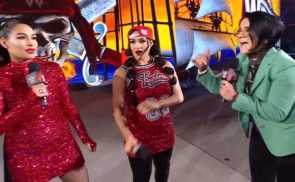