This does not sound good. Thursday saw a host of major wrestling names being accused of either sexual assault or sexual harassment as wrestling’s version of the MeToo movement seemed to begin. This is a story that is going to be going around for a good while to come and that should be the case. There are a lot of names included, and one of the biggest is receiving more details than almost anyone else.

Jim Cornette is one of the more controversial figures in all of wrestling. While he is one of the more knowledgeable names in the industry, some of his comments and statements have gone a good bit over the line. Couple that with Cornette’s very brash demeanor and it is no surprise that he is not going to be well received by some people. There are now allegations against him as well and they are not likely to go well either.

On Thursday, former Ohio Valley Wrestling (OVW, of which Cornette owned a piece and was an on air performer) performer Phil Earley said that Cornette’s wife Stacey (also an OVW performer named Synn) attempted to groom him early in his wrestling career. This included sending him unrequested nude photos and messages. Early also claims that he and other wrestlers were required to perform sex acts on Stacey while Jim watched.

Stacey is also accused of slashing a wrestler’s tired and threatening to cost him his job and apartment for trying to get away from everything, while also threatening to use influence with the Kentucky athletic commission to end a wrestler’s career. Various other OVW wrestlers and performers have responded, backing up Earley’s claims. Stacey responded to Earley on Twitter, denying the claims and calling Earley a liar.

I made a very vague post yesterday about @TheJimCornette.

In the face of current events I feel the need to clarify and speak up.

During my first year in the business, his wife, Stacy, attempted to groom me. /1

She approached via DM, sent me lewd photos I never asked for, implied protection from the Kentucky commission (stating he was a family friend), and told me she WAS going to fuck me, as if I didn't have a choice.

My experience with them is tame compared to others, though /2

When Jim was booking at OVW, if you wanted a contract or on his show, you HAD to perform sexual acts on his wife, many times with him watching. This has happened for many, MANY people.

A close friend of mine was groomed and basically brainwashed by them for YEARS. When he finally escaped, Stacy went to great lengths to not only terrorize him, but to actively try to have other wrestlers physically assault him.

I was one of them. She sent me pictures show tires of his he's slashed, and bragging about setting him up to lose his job, his apartment, even his car.

Stacy bragged about being able to call the Kentucky commission to give him "targets". He was a family friend, and if she wanted, she could turn his attention to anyone licensed in the state to potentially hurt, and sometimes even ruin their careers

When he says "cult of cornette", it's because he has a history of taking advantage of greenhorns using his power and position as booker for OVW in order to fufill his and his wife's sexual desires

They used their place of power to hurt many, many people.

No one wants to speak up because of his position in wrestling, but this is EXTREMELY common knowledge among OVW alumni.

This will probably ruin a lot of opportunities in wrestling, and that's fine, but make no mistake: Jim Cornette is trash. He and his wife have made power plays in order to hurt many, many people.

Fuck you Jim. Fuck you Stacy. You are scum.

I'm not backing down. The things I said she did and tried to get me to do are all 100% true. pic.twitter.com/5qfbPDi46V

Now she's saying I photoshopped the messages and that she doesn't even know me. pic.twitter.com/ebceTEOzu0

Jim Cornette sent Stacy after me to recruit me. Told me about how her and Jim had discussed and were curious about my sex life. I didnt take the bait. I went on to draw the biggest house OVW had ever seen in the Davis arena. Multiple times.

Jim Cornette sent Stacy after me to recruit me. Told me about how her and Jim had discussed and were curious about my sex life. I didnt take the bait. I went on to draw the biggest house OVW had ever seen in the Davis arena. Multiple times.

@AKI_Evolution personally watched Jimmy and Synn chase an 18 or 19 year old hostess at cheddars, offering alcohol among other things to get her back to the "hot tub".

There isn’t much good to be said here so we’ll try something else. Check out some nice moments from wrestling instead:

Opinion: This is a situation that doesn’t sound like it is going to end well and I’m not sure what it is going to mean for everyone. Jim isn’t someone who can be fired from a promotion at the moment because he works on his own, though his podcasts might be in some serious jeopardy. These allegations don’t sound good and his reaction is going to mean a lot in the whole situation.

How bad does this make Cornette sound? What will happen as a result? Let us know in the comments below. 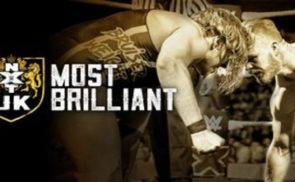