Since they have so many. Tag team wrestling has not been a strong suit for WWE for a very long time now. The company has two main roster Tag Team Titles and yet at times it does not even feel like they have enough teams for one division. This has been the case for a long time now and now things might be getting even worse, as another team has officially split.

Cedric Alexander and Shelton Benjamin officially ended their partnership this week on Monday Night Raw. Following a loss to the Lucha House Party, Alexander berated Benjamin and said he was sick of all of the losing. Alexander said he was tired of trying to make Benjamin a star at Benjamin’s age after so many chances, as Alexander was still in the prime of his career.

This ends the team after just shy of eight months together. Alexander joined Benjamin in the Hurt Business, along with MVP and Bobby Lashley. The pair went on to win the Raw Tag Team Titles in December 2020 and held them for 85 days. Lashley fired the pair from the Hurt Business in March after they lost to Drew McIntyre in a handicap match, though they continued to team after.

Opinion: This is one of those things where I can’t understand WWE’s thinking. Unless they have some kind of an angle ready for Alexander and/or Benjamin, why split them up? They were having good tag matches against most teams and had been Tag Team Champions earlier in the year. WWE does not have many tag teams in the first place so why split one up if you don’t have to?

It is something that WWE has done time after time and I do not get the thinking. They did the same thing with the IIconics last year and the two of them were released just a few months later. If you have nothing else for them to do, why not let them continue doing what is working so well? The same is true with Benjamin and Alexander, who I can only hope land on their feet.

What is next for both of them? Who has the brighter future? Let us know in the comments below. 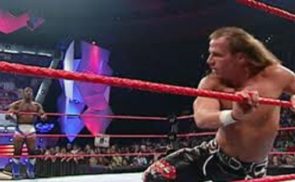