The battle lines no longer exist. Chris Jericho took offense to some comments that Triple H made during the time when NXT and AEW both aired on Wednesday night at the same timeslot before each show moved to their own night.

Triple H was recently a guest on Peter Rosenberg’s Cheap Heat show and the following to say regarding the move to Tuesday nights:

“The promotional opportunity for us is much better on a Tuesday,” he explained. “And also then not having to have a narrative where it’s just constantly about an imaginary war, or this imaginary battle. And, you know, people can say what they want, but the truth of the matter is you compete against everything. If you are creating a television product or content– that is the world we live in is content not television, not internet. It’s everything. So you’re constantly competing for eyeballs and time against everything under the sun, including sleep and time to do other things, and video games, and Tik Tok and everything else that’s out there.”

Jericho did not take to kindly to these comments and responded during an interview with the New York Post:

“That’s typical WWE,” said Jericho, who will lead The Inner Circle against The Pinnacle at AEW Blood and Guts 8 p.m. Wednesday on TNT. “It’s typical rhetoric. Because I believe that they congratulated us the first week and said, if you remember, ‘it’s a marathon, not a sprint.’ We won the marathon, right? So now it’s an imaginary war. Well, then why were they saying it’s a marathon, not a sprint a year and a half ago when our first rating came out?”

“It will be there for the rest of time, it was an ‘imaginary war,’ and if it wasn’t a war why did they take Wednesday night the exact same time that we had?” Jericho said. “It was there to take away our ratings and for us not to get re-signed. Three months after that started we were re-signed to a hundreds-of millions-of-dollars extension. They failed.”

“We’ve done a great job of putting on amazing television throughout this pandemic,” Jericho said. “We never took our eyes off the storytelling, which is what it’s all about. And we never lost our cool factor either, which I think NXT and WWE lost a lot of.” 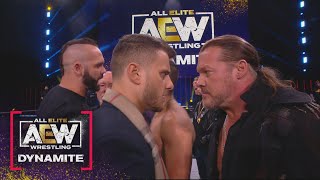 The War of Words Raged Between the Pinnacle & Inner Circle | AEW Dynamite, 4/28/21

I see where both sides are coming from here. Triple H sees the bigger picture, while Chris Jericho is trying to take a shot at his former employer, which is something that AEW can’t help but do. 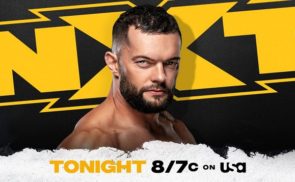