Things have been going fairly well for the company as of late and that’s rather nice for a change. The problem is I’m not sure how long that can last, as there are a lot of problems that need to be fixed around here. Hopefully things stay as good as they have been in recent weeks, though this company doesn’t have the best track record. Let’s get to it.

Here’s Allure to talk about how they’ve brought credibility to the Women of Honor. They started a revolution a long time ago and it’s time to believe in then. We hear their resumes and they know how to make an impact. That’s why they debuted at the biggest show of the year in Madison Square Garden. And for all the Twitter trolls hiding in their mom’s basement, Mandy Leon is the foundation of the Women of Honor division.

Cue Jenny Rose and Kelly Klein for the brawl with Velvet Sky bailing to the floor. A hairspray blast blinds Jenny and the Allure gets out. Klein wants to know what the three of them have done lately and the challenge is laid out for anytime and anywhere.

Bouncers vs. Kingdom vs. Coast to Coast vs. Young Lions

One fall to a finish. LSG shoves Milonas in the face for some reason and is shoved down with ease. Marseglia comes in instead but the chops don’t do much on the big man. The huge crossbody drops Marseglia so it’s off to Bruiser for some snap jabs. Marseglia gets smart and kicks at the knee before going after Bruiser’s teeth….which don’t exist.

Alex Coughlin takes himself in and gets Clark Conners to help with a double hiptoss on O’Ryan. The Lions start cleaning house and it’s a Cannonball from Bruiser to take out Coast to Coast. Back from a break with Conners taking a double flapjack from the Kingdom and a legdrop/backsplash combination getting two. We settle back down to Ali hitting a slingshot hilo for two on Conners, followed by a double slam for two more.

Conners finally slips out of a suplex attempt and the hot tag brings in Coughlin to clean house. A missed charge in the corner allows Bruiser to tag himself in though and everything breaks down again. Marseglia comes back in to start kicking people in the face but gets sent into a sitout Boss Man Slam.

Coast to Coast hits a Stroke/Downward Spiral combination on Bruiser but the Lions and Kingdom are back in. House of 1000 Horses drops Conners though and Ali gets two, with Bruiser shoving LSG onto the cover for the break. Coughlin tries to clean house but gets crushed in the corner, setting up Closing Time to give Milonas the pin at 10:23.

Mark Haskins and Tracy Williams are ready for Bully Ray, even though Lifeblood’s numbers are down. PJ Black comes in to offer his services but they walk away.

We look at Colt Cabana winning the NWA National Title and being challenged by James Storm after the match. The title match is next week in Chicago.

We get a video on Jeff Cobb, who is challenging for the World Title at Best In The World. He was born in Baltimore but moved to Guam, where he managed to make the US Olympic team. He didn’t fare well and now he wants to be the best in the world in Ring of Honor.

Woods powerbombs him down and hits the Seismic Toss for the pin at 54 seconds.

The crowd wastes no time in the ALL THESE GUYS chants as Nagata forearms Sanada to start. They go to the mat and it’s an early standoff. They shake hands and Sanada kicks him in the ribs, which you don’t do to an old wrestler. Nagata kicks at the leg and brings in Kojima for some kicks of his own. We pause for some chest bouncing between Sanada and Kojima until Evil trips Kojima to take over.

Sanada ties Kojima up in the Paradise Lock for the running dropkick. Back from a quick break with Kojima kicking and DDTing his way out of trouble. That’s enough for the diving tag off to Nagata so house the hard kicks can continue. The exploder suplex gives Nagata two and it’s time to forearm it out. Nagata’s big kick is countered but he blocks another Paradise Lock attempt. Instead it’s the Nagata Lock but Evil finally comes in for the break. The freed Sanada hits a springboard dropkick to Nagata and hands it off to Evil, who gets dropkicked in the knee.

That’s enough for the tag to Kojima for the rapid fire chops to both of them in the corner. A top rope elbow gets two on Evil but the discus lariat is countered with a rake to the eyes. Evil gets two off a clothesline but Nagata breaks up the Magic Killer. The Koji Cutter gets two on Evil, followed by the brainbuster for the same. Evil and Kojima trade standing switches until Sanada comes back in for a dropkick, setting up the Magic Killer for the pin at 12:16.

Here’s Dalton Castle to talk about what has been going on with him. He has come to terms with the fact that he lost at Supercard of Honor. It was a spectacular loss though because Rush beat him in sixteen seconds. It’s ok though because Rush is a dirty, filthy cheater. That’s why Castle wants a match with Rush…..’s brother Dragon Lee. Rush is going to pay with his family’s health as Castle breaks every bone in Lee’s body.

Cue the Boys, now in regular gear, to beat Castle down and knock him to the floor. Castle fights back though and sends them into the barricade and various other hard objects. Boy #1 is put on a table and Castle powerbombs #2 onto him but not through the table. Castle yells a lot to end the show. 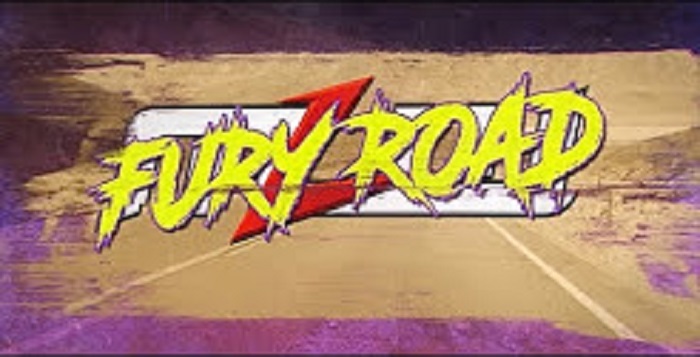