That would be huge. This coming Friday, WWE is heading back to Saudi Arabia for Super ShowDown. While the shows are very lucrative for WWE, they are not without controversy, as the country does not have the greatest record when it comes to human rights. This includes a number of issues with women having equal rights, though WWE may be doing something to move things even the slightest bit forward.

According to Prowrestlingsheet.com, both Natalya and Alexa Bliss are being sent over to Saudi Arabia along with the male talent with the hopes that the Saudi Arabia government will allow them to work a match. WWE has been working with Saudi Arabia for the chance to have the match take place and nothing has been announced yet. Bliss and Sasha Banks worked a match in Abu Dhabi last year.

WWE has made some history in this area before. Check out Bliss vs. Banks in a first time ever event in a country: 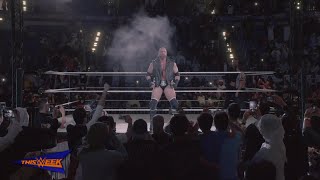 Opinion: I’ll certainly believe this when I see it but this would be quite the moment for WWE. There are still several things that need to be accomplished in the country and this is about as insignificant of a move as can be made, but it’s better than having the women stay back in the United States because they aren’t allowed to work on the show. Hopefully this works, but I’m not exactly optimistic.

Do you think the match will take place? How will it go if it does? Let us know in the comments below.