In case you’d like to see the show, you can watch it in full right here for free: 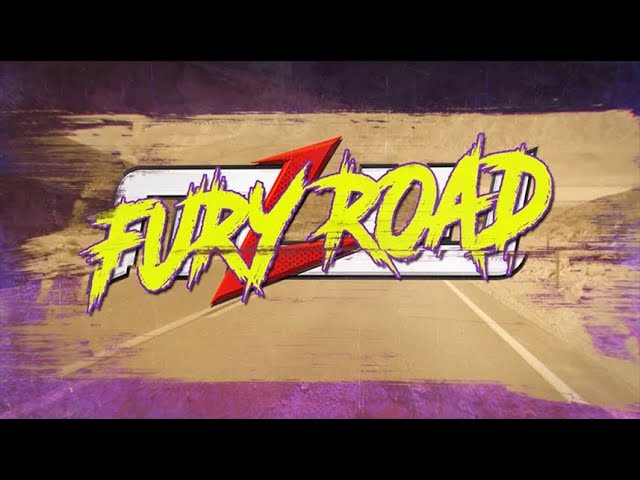 We’re FINALLY done with the Wrestlemania weekend tapings and tonight it’s a live special with the finals of the National Openweight Title tournament to crown an inaugural champion. Throw in a Middleweight Title match and we have a nice little show here. Hopefully it can turn into a good big show, but I’m not getting my hopes up. Let’s get to it.

We open with a recap of last week’s show with Contra dominating a lot of the roster.

World Champion Tom Lawlor is not here yet, either due to weather or traffic issues.

Reed has his mouth taped and is holding up the JUSTICE sign again. Rich rants about Reed being checked for weapons despite never having one….and then the referee doesn’t check him anyway, making it a moot point. Loco goes outside early on and it’s a big flip dive to take him down. Back in and Loco starts the flips before dropkicking Reed’s legs out.

Reed’s hurricanrana is countered with a cartwheel and Reed is rather stunned. A jumping enziguri hits Reed’s raised arm but puts him down on the apron anyway, only to have him knock Loco down with a forearm. The slingshot legdrop gets two on Loco and it’s time for Reed to get cocky. We hit the chinlock to slow things down but Loco is right back up. Then he’s right back down after missing a moonsault, leaving Reed to charge….right into a running Liger Bomb for two.

A super Falcon Arrow (or a “super Falcon Arrow slam thing” according to Cornette) gets two more but since Reed somehow survived that, it’s a springboard cutter for two on Loco. The springboard 450 is good for the same but the referee accuses Reed of pulling out a foreign object. Since there’s nothing there, Reed has to hit a Stundog Millionaire to block a suplex. Another accusation from the referee has Reed annoyed so Loco grabs a spinning Tombstone for the pin at 8:35.

Salina de la Renta will be executive producing another episode of Fusion on June 15.

We take a quick look at the Crusher, the Man Who Made Milwaukee Famous. Next week, he gets a statue in Milwaukee.

Tom Lawlor still isn’t here so he can’t be interviewed.

For the inaugural title. Before the match, Maxwell Jacob Friedman says Brian Pillman Sr. would be sick at the sound of his own son. With the seconds gone, Pillman dodges early on and ducks a right hand, setting up a few chops. Forearms in the corner have Hammerstone in trouble and a running dropkick makes it worse. Hammerstone responds by kicking him in the face as the fans try to get behind Pillman again.

Pillman avoids a suplex though and dropkicks him out to the floor for a mostly missed dive. A running start around the ring gets Pillman swung into the barricade and a powerbomb onto the apron stays on Pillman’s back. Hammerstone runs him over back inside and there’s a hard whip into the corner. A little trash talking lets Pillman hits a superkick for two, followed by a spinning high crossbody for the same. The Swanton misses though and the Nightmare Pendulum makes Hammerstone the champion at 8:07.

Post match Hammerstone says he was putting in the work while Pillman was riding his dad’s coattails. Now this title is Dynasty.

The announcers are cut off by a video with the Contra feed. Contra seems to have taken over the production truck and we see a video of the team attacking Tom Lawlor.

Lawlor is bound and gagged but they take the tape off and choke him with it instead. They want him to learn that they can take anything at any time, including Lawlor’s hair, which is quickly cut.

The announcers apologize for making us see that, including the levels of violence shown.

Hart is defending and both guys bring chairs, though this isn’t billed as No DQ. Hart wastes no time in moonsaulting for no reason other than to show off a bit, which draws a charging Havoc into the corner. Some chair shots to the ribs are perfectly fine with Cornette saying we have relaxed rules due to Hart being involved.

Hart forearms him down for two and it’s time to work on the arm as the announcers talk about all the weather and technical issues that have taken place today. We take a break and come back with Hart hitting a Backstabber, followed by a powerbomb Backstabber. The moonsault gets two more as we hear about Tom Lawlor staggering up to the ticket window and asking for help, though we won’t be seeing it. They head to the apron with Havoc trying an RKO onto a chair, with Hart’s face not getting anywhere near the thing.

Somehow Hart is busted anyway and Havoc goes with the paper cuts between the fingers and on the mouth. A suplex onto a piece of barricade makes it even worse for Hart and it’s time to head back inside. The chair is set up in the corner but, of course, Hart manages to reverse a whip to send Havoc into it instead.

Havoc reverses a super hurricanrana and gets the Sharpshooter, sending Hart over to the rope. As Cornette tries to figure out why that works in a match with weapons, Havoc hits a Canadian Destroyer but misses the Acid Rainmaker. Hart grabs a Canadian Destroyer of his own and it’s the lifting hammerlock DDT onto the chair to retain the title at 11:33.

Post match the Dynasty comes in to beat down Hart, drawing out the Hart Foundation for the big brawl to end the show. 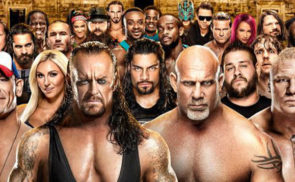 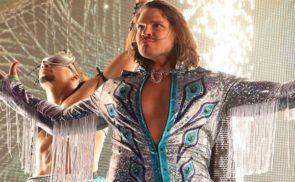