That’s quite the number. While AEW and WWE get the most attention in the wrestling world, they are certainly not alone. There are all kinds of other promotions, some of which have television or web series that you see on a regular basis. At the same time, there are other places where it is a bit harder to find them, and one such one off show did something very impressive.

Last weekend, Jim Crockett Promotions was brought back for one night only to present Ric Flair’s Last Match. The show featured Ric Flair wrestling for the last time, teaming with Andrade El Idolo to defeat Jay Lethal and Jeff Jarrett. According to the Wrestling Observer Newsletter, the event drew 6,800 fans and a gate of $448,502, both of which are the second highest results in independent wrestling history, behind All Out’s 10,541 fans and $458,525 gate.

Opinion: This is the kind of thing that you do not see happen very often but well done for Flair for having such a well received show. Flair may not have the best reputation in a lot of areas, but he is certainly a legend like almost no other. At the end of the day, Flair was able to draw in a large audience and a good deal of money, so well done with what he managed to make work.

What do you think of the results? How did the match go? Let us know in the comments below. 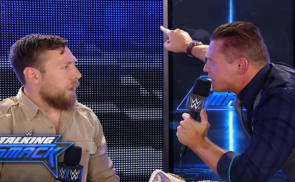