Becky Lynch: “Having Triple H at the Helm of the Ship is Phenomenal”

The man has spoke. Becky Lynch was recently interviewed by ESPN as a part of a special article on the departure of Vince McMahon as CEO of WWE. She spoke on his departure as well as her thoughts on Triple H now being in charge of the company.

Below are some comments from The Man:

“It is the dawning of a new era,” Becky Lynch, one of WWE’s top stars, told ESPN on Friday. “For me, it’s crazy and sad because everything I’ve ever known about WWE has always had Vince in charge, and we wouldn’t have WWE the way it is if it wasn’t for Vince. He’s somebody who believed in me and allowed me to do everything that I’ve done.”

On Triple H being in charge of the company:

“We have the opportunity to change some things that maybe weren’t so great that we didn’t love,” Lynch said to ESPN. “I think everybody’s very excited and optimistic because we know that the people in charge [are] some of the greatest minds in the business, you know. Having Triple H at the helm of the ship is phenomenal. What he’s done with NXT speaks for itself. What he did with the women’s division and how he allowed us to change the business forever speaks for itself.” 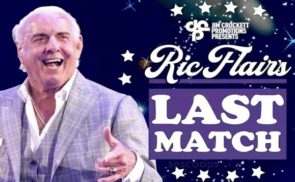