Of all people to not talk. While the focus in wrestling tends to be what happens between the bells, a wrestler having the ability to speak well might be even more important. Without a wrestler speaking to the fans and making them care, a story is only going to have so much impact. As it turns out, one of the best talkers in wrestling today has not had much to say lately.

Back on the June 1 edition of AEW Dynamite, Maxwell Jacob Friedman cut an in-ring promo insulting the company and owner Tony Khan. Friedman has not been seen and barely referenced on AEW TV since and it is not clear when he will be returning. According to Fightful Select, Friedman has been silent since the promo, making no contact with any known AEW wrestler or staff member. Khan has not been heard discussing Friedman either.

Opinion: This is one of those stories that could go in a few different ways, but it would be nice to see it go in some way. I’m not sure when Friedman is going to be back, but if he isn’t back just after All Out, I’ll be getting worried. That would put him at over three months with no appearances and hopefully there is still a lot of interest if/when Friedman comes back.

What do you think of the angle? When will Friedman be back? Let us know in the comments below. 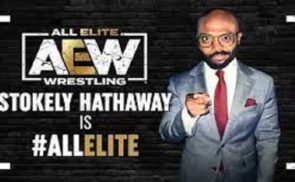 Hook Them Up: New Pairing Forms This Week On AEW Dynamite