That’s one way to get it off of him. Titles are one of the most important parts of any wrestling show, as they are the way to determine the best around. A wrestler might be the reigning champion or chasing the title and that can often be the centerpiece of any promotion. That means a title change can be a huge moment, but unfortunately this one did not go as originally intended.

This week on NXT UK, United Kingdom Champion Ilja Dragunov was forced to vacate his championship due to an injury suffered in his recent title defense against Wolfgang. As a result, an eight man tournament will be held to crown the new champion. This is the first time in the title’s history that the title has been vacant for any reason, with Dragunov’s reign ending at 347 days.

Here are the brackets for the tournament:

Opinion: This is one of those things that is never good but sometimes it just happens. There are instances where a champion is going to be hurt and have to go on the shelf, which can be made worse when a show is taped several weeks in advance. The tournament has potential right off the bat and now the question becomes who gets to follow Dragunov. At the same time though, Dragunov’s health is what matters most and hopefully he is able to get back in the ring sooner than later.

Who do you have winning? What is next for Dragunov when he gets back? Let us know in the comments below. 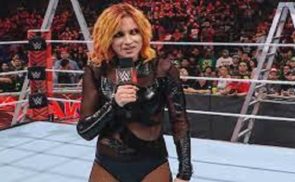 Becky Lynch: “Having Triple H at the Helm of the Ship is Phenomenal”