Remember Him? Update On Killer Kross’ Impact Wrestling Status And What Is Next For Him

Another one off the books. Wrestling has changed a lot in recent months as AEW has completely changed the game in a lot of ways. There are several moves being made seemingly every single week and it has caused a bunch of wrestlers to go to one place or another. That has made for some interesting moves and now we have another one taking place.

Impact Wrestling has announced that Killer Kross has been released from the company. This comes after several months of contractual differences between the two sides, as Kross wanted to renegotiate his contract but was refused by the company. Kross’ most recent televised match came in July at Slammiversary. Kross is now considered a free agent.

Kross certainly seems happy about it and has posted a video after his release: 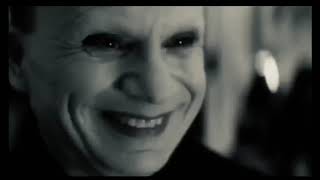 Opinion: This is one of those things that may sound like a big deal on paper but then you need to consider something: Kross has not been around for the last several months and he hasn’t exactly been missed. It didn’t seem that he was happy in the company and if the company decided that he wasn’t needed, it makes sense to have him go elsewhere so he can be happy and the company can move forward.

Where do you see Kross going from here? Where should he wind up? Let us know in the comments below.

It’s Bad News: We Have A Lars Sullivan Update And It Is Not Good