Uncooked, uncut and well previewed. We’re coming up on “Extreme Rules 2017” which features a Fatal Five Way main event for a future shot at Brock Lesnar’s Universal Title. That means WWE is presenting a string of matches between the five participants to help build up the match. That’s not all the show has to offer this week though.

WWE.com has released the official preview for tonight’s “Monday Night Raw”. In addition to the previously announced Roman Reigns vs. Seth Rollins match and the triple threat between Finn Balor, Bray Wyatt and Samoa Joe, WWE is also promoting the following stores for this week’s show:

*The Hardy Boyz Get Cagey

*Can Bayley go to the Extreme against Alexa Bliss?

You can check out the full preview here.

Opinion: This is an interesting time for “Monday Night Raw” as they’re coming up on a pay per view but the main event requires the TV show matches to not mean much. I get what they’re going for with these matches but how interesting are they going to be when they change nothing going into Sunday? 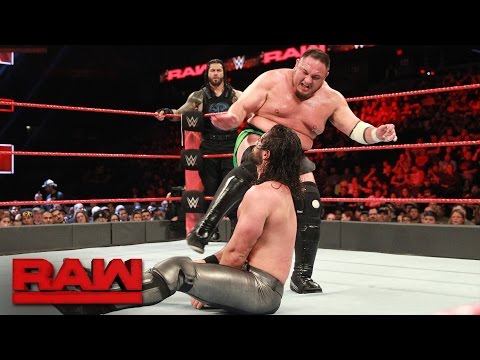 Which of the matches are you looking forward to most? What do you not really care about on the show? Let us know in the comments below.