Johnny Wrestling, bay-bay. WWE has posted a new video to its YouTube channel in which they show the full match between Johnny Gargano and Adam Cole for the vacant NXT Championship at Takeover: New York 2019.  It was a 2-out-of-3 Falls Match.

A tour de force was bestowed on the NXT Universe, as Gargano and Cole put it all on the line in one of the most emotionally-stirring NXT Championship Matches of all time. The setting was electric, as chants of “Adam Cole (BAY BAY!)” and “Johnny Wrestling” bellowed across the arena. To kick off the bout, the expert competitors delivered a textbook display of fundamental mat-game wrestling, constantly trading holds and reversals. At one point, Gargano almost locked in a Gargano Escape before Cole reached for the rope. Later, Cole locked in his own set of submission maneuvers, switching from a headlock to a dragon sleeper. As the offense tradeoff continued, Cole soon found himself on the receiving end of a slingshot spear that nearly caught the first pinfall. Seemingly using that as fuel, The Panama City Playboy eventually scored the first pinfall after knocking Gargano down with the Last Shot.

The pin-count put a battery into Johnny Wrestling, as he connected with a flurry of strikes before spearing Cole out of the ring. Johnny pulled out all stops, borrowing a page from his former #DIY tag team partner, Tommaso Ciampa, by driving Cole on his back with an Air Raid Crash from the top of the turnbuckle. Bringing the fight, Gargano then followed up with a Slingshot DDT on the unforgiving ring apron. As the two traded submission holds in the middle of the ring, Gargano clasped onto his opponent with a Gargano Escape that forced Cole to tap out. At that point, the fire of this competitive battle intensified.

Where Cole plugged in an echoing superkick to the back of Gargano, followed by a Straight Jacket German suplex, the resilient Gargano delivered a reverse hurricanrana that forced his opponent to the outside. The fight turned ugly when Cole flung Gargano onto the ring apron with another hard-hitting German suplex. The ever-resilient Gargano remarkably synced in a slingshot DDT that blew the roof off Barclays Center, but Cole regained the upper hand by launching himself off the second rope to drop his opponent with a Canadian Destroyer.

The Big Apple showdown then spilled outside with Cole going as far as insulting Gargano by stealing a page from Ciampa’s textbook, dropping him with a Fairytale Ending on the announcer’s table. Surviving a count-out, Johnny Wrestling hopped back in the ring and was met with a Meeting in the Middle. Once Gargano kicked out, Cole followed up with even more intensity. He carried out another Last Shot that saw another pin attempt foiled by a kickout. Unloading his cache of offense, Cole later attempted an aerial attack that was countered by a Gargano Escape.

Undisputed ERA joined the fray to provide their comrade with strength in numbers. Despite Bobby Fish and Kyle O’Reilly sneaking in a High & Low on Gargano as the referee was down, the black-and-gold brand’s superhero rose above the odds. After leveling Roderick Strong, O’Reilly and Fish with a flurry of attacks, Gargano hopped back into the ring where he encountered another swift Last Shot that resulted in another mindboggling kickout. Gargano then countered another rushing attack from Cole to fasten a Gargano Escape, and after several tense seconds, Cole frantically tapped out to give Gargano his first-ever NXT Championship win.

This was one of the best matches of all 2019. NXT has and continues to bring us some of the absolute best wrestling action on the planet. I cannot wait for fans to be back and we can all relive the amazing energy that this brand brings us all! 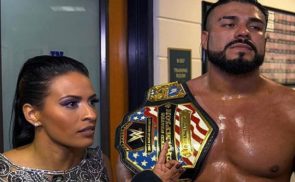 Possible Next US Title Challenger Revealed 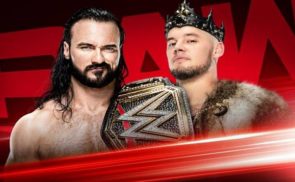