I know I say this a lot but it’s a big night around here. This time around we have the four way match for the #1 contendership to the NXT Title as Johnny Gargano, Lars Sullivan, Killian Dain and Aleister Black fight for a shot at Andrade Cien Almas. That should be a nice way to wrap up the year so let’s get to it.

Ford and we’ll say Star start things off with a shoulder dropping Chris. It’s off to Dawkins for some rapid fire high fiving. A corner splash crushes Apex and it’s the spinebuster into a frog splash to give Ford the pin at 1:49.

The Profits hit the crowd and say they want the titles in 2018.

Moon is defending. Deville goes straight for a kneebar but Moon is way too close to the ropes. Back up and they both miss some kicks to give us a standoff. A dropkick puts Deville on the floor for a breather as Moon is seemingly a bit hesitant to follow up. Moon speeds things back up with a dive off the apron to the floor and we take a break.

Back with Deville striking away and grabbing a waistlock. Moon finally sends her face first into the turnbuckle for a breather but can’t follow up. Some hard strikes to the chest give Moon two more and a springboard dropkick has Deville in more trouble. The Eclipse retains the title at 10:03.

Post match Kairi Sane comes out and motions that she wants the title. Moon agrees but Shayna Baszler sneaks in and chokes Sane out.

Paul Ellering says the Authors of Pain’s time isn’t over yet and they’re coming for the titles.

Moon says bring on all the challengers.

Video on how everyone qualified for the four way.

Next week is a two hour Year in Review show.

In two weeks, Sanity gets their rematch for the Tag Team Titles.

One fall to a finish and the fans are WAY behind Gargano here. Black goes after Sullivan to start and a hard shot sends him outside. After moonsaulting into his seated position, Black moonsaults out onto Sullivan…..who catches him. Dain takes Sullivan down with a suicide dive and we take a break.

Back with Black kicking Sullivan up the ramp but getting shoved into the barricade. Dain throws Gargano onto Black before loading up the announcers’ table. Gargano climbs the set to escape a powerbomb and kicks Sullivan onto the table instead. Dain DIVES off the stage to crush Sullivan through the table and Gargano is stunned.

Black and Gargano head back to the ring and the fans REALLY like this one. The slingshot spear is countered with a hard knee to the head. One heck of a superkick staggers Black into the Gargano Escape but Dain comes in for the save. A backsplash gets two on Black and a powerbomb into an elbow is good for the same on Gargano. Dain heads up but it’s a double powerbomb to pull him out of the corner for another big crash. Somehow Sullivan staggers back to the ring to clean house, including a powerslam for two on Gargano.

It’s time for another big man showdown and back to back clotheslines put both guys down. Black comes back in and cleans house with the kicks including Black Mass to Sullivan, only to have the Undisputed Era come out to break up the pin. A Last Shot on the floor drops Black until Gargano dives onto Adam Cole. Gargano sends the monsters into the steps and the slingshot DDT gives Johnny the pin on Black at 16:40. 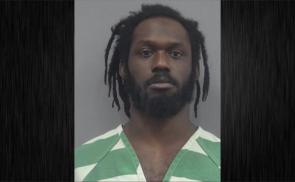 Update on the Situation Around Rich Swann, Is He Being Sued? 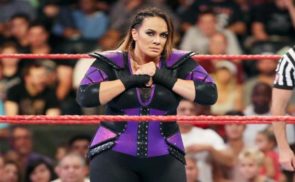