Nia Jax was the most recent guest on Lilian Garcia’s Chasing Glory podcast where she spoke about being in an abusive relationship.

Among other things, Jax spoke to Garcia about being in an abusive relationship when she was younger.

She first spoke about only being in one real relationship in her life, which ended when she signed with WWE:

“I’ve only been in like one real relationship in my life, and it really sort of ended when I got this job…and it was similar to what I grew up with…my mom saw it coming and she kept trying, and trying to pull me away.”

Garcia continued by asking Jax if she feels the scars of the entire situation:

“I don’t think they ever leave…the first time somebody puts their hands on you in a violent manner, or hits you in the face and you have to deal with lying to your family about it, you know, my brothers, they might find out now. I don’t think the ever knew why I came home with a fat lip, or like why my neck was all red.”

It is worth noting the ‘Raw’ superstar was in tears when reciting the story, as to be expected from someone recounting such trauma.

If you would like to listen to the entire interview between Jax and Garcia which also recounts her arrival in WWE and her friendship with Alexa Bliss, you can listen to it below.

Nia Jax opens up to Lilian Garcia on her life and tells stories of the Rock.

What do you think about this situation? Did you anticipate it? 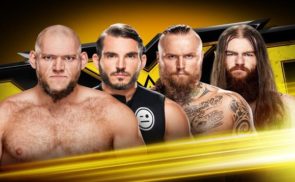 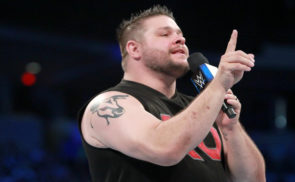