The rapid build towards Toronto continues and you can see most of the card already set up from here. The NXT Title match is going to be rather gimmicky and that could make for some fun. Other than that, it seems to be a show heavily focused on the Undisputed Era, which could be a good or bad idea. Let’s get to it.

We open with a recap of the end of last week’s show, with Johnny Gargano attacking Adam Cole again. This caused General Manager William Regal to make another 2/3 falls match between the two, with Cole, Gargano and Regal getting to pick a stipulation each.

The fans are behind Garza here but there are some Jordan chants. Garza offers a handshake to start but pulls it away to enhance the cockiness. Feeling out process to start and they go into an exchange of arm holds. Myles gets the better of it with an armbar, followed by a heck of a dropkick to give us the big smile. Another dropkick sends Garza outside but the slingshot dropkick is easily blocked as Garza plays some possum. Myles is sent into the steps and barricade, meaning it’s time for GARZA TO TAKE OFF HIS PANTS.

Back in and Garza hits a backbreaker for two and we hit a fish hook camel clutch. Garza tries to crash down onto his back but gets reversed into a sunset flip for two. A superkick takes Myles down again as the cockiness is strong with Garza. Myles isn’t about to be sent into the corner and sends Garza in instead, followed by some rapid fire kicks to the chest. A running discus clothesline in the corner looks to set up a springboard clothesline but Garza dropkicks him out of the air for two. Myles is right back with a low superkick and with a crazed look on his eyes, a German suplex finishes Garza at 8:26.

Shane Thorn of all people storms the announcers’ table to ask why she isn’t in the tournament after being around here for years.

Johnny Gargano says Adam Cole made it personal and this isn’t about the title anymore. His pick for the stipulation: Street Fight.

Belair drives her straight into the corner to start and a Glam Slam plants Li. The handspring moonsault to the back sends Li to the apron so Belair pulls her right back in. There’s a standing fall away slam but Li gets out of a delayed vertical suplex. Belair runs her down though and the KOD finishes Li at 3:01.

Video on Killian Dain, including his attack on Matt Riddle last week.

Mia Yim attacked Jessamyn Duke and said something censored while crushing her shoulder in a locker.

Here’s Velveteen Dream, in a Hollywood Hogan inspired jacket, for a chat. The only way he’s losing the title is the day he dies and he wants to go straight to h*** because it would feel like that without the title. He’s heard that Roderick Strong can go all night long as well, but if Strong gets the experience he’s looking for, it won’t end well for him. Dream wants to experience Strong though so here he comes.

Strong knows Dream is scared and can see it in his eyes. All it would take is one match for Strong to take the title so give him what he wants. The title is coming to the Undisputed Era and that is undisputed. Strong drops the mic….and here’s Pete Dunne. Strong comes up to him and gets his fingers snapped, sending him running. Dunne stares at the title and Dream isn’t sure what to do.

Post break Strong demands that William Regal give him a North American Title shot. Regal says he was talking to NXT UK GM Johnny Saint and Dunne is going to be around here for a bit. Strong isn’t happy and Regal makes it worse by announcing Dunne vs. Strong vs. Dream for the title at Takeover.

Shirai wastes no time in hitting a dropkick into the corner. The fireman’s carry shoulderbreaker connects but here’s Candice LeRae to jump Shirai at 27 seconds.

Shirai bails before Candice can break her apart with a chair.

Adam Cole likes the way that Takeover is shaping up for the Undisputed Era. They can be draped in gold, which has Cole thinking about Gargano. His stipulation: a one on one wrestling match.

Next week: Tyler Breeze vs. Jaxson Ryker and Pete Dunne vs. Roderick Strong.

Priest grabs a headlock to start until an exchange of shoulders breaks even. Some kicks to the arms and legs go well for Priest but he has to duck a rather impressive looking spinning kick from Lee.

Another shoulder works well for Lee but Priest knocks him down again. For some reason Priest tries a suplex, which goes as well as you would expect. Instead he clotheslines the heck out of Lee for two and it’s off to the chinlock. Lee doesn’t waste time getting back up so Priest tries another suplex. This one goes just as well so Priest settles for a high crossbody and his latest near fall. Priest does his archer pose but Lee grabs his hand and starts slugging away.

Lee’s own hard clothesline drops Priest, who comes right back with a Falcon Arrow for two. They slug it out again until Lee hits the big Pounce. Priest tries to leave but gets sent back inside, only to catch Lee with a knee to the face. A big running flip dive is loaded up…..and Lee catches him out of the air. Lee can’t do anything with him and gets kicked into the steps. Back in and Priest kicks him in the head, setting up the Reckoning for the pin at 9:31. 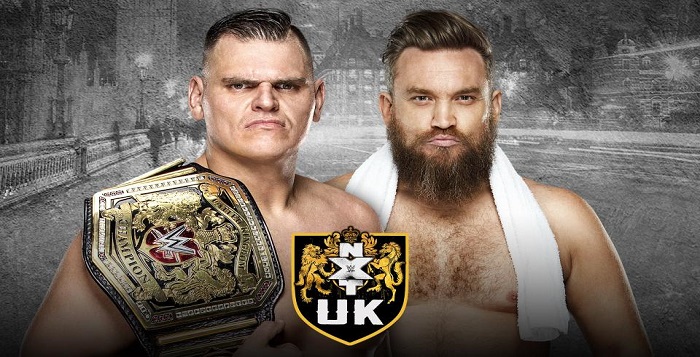 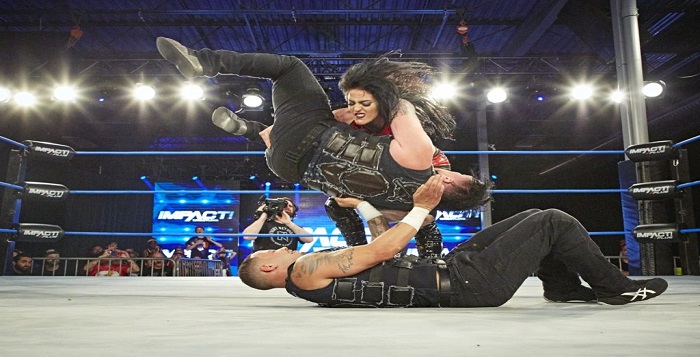